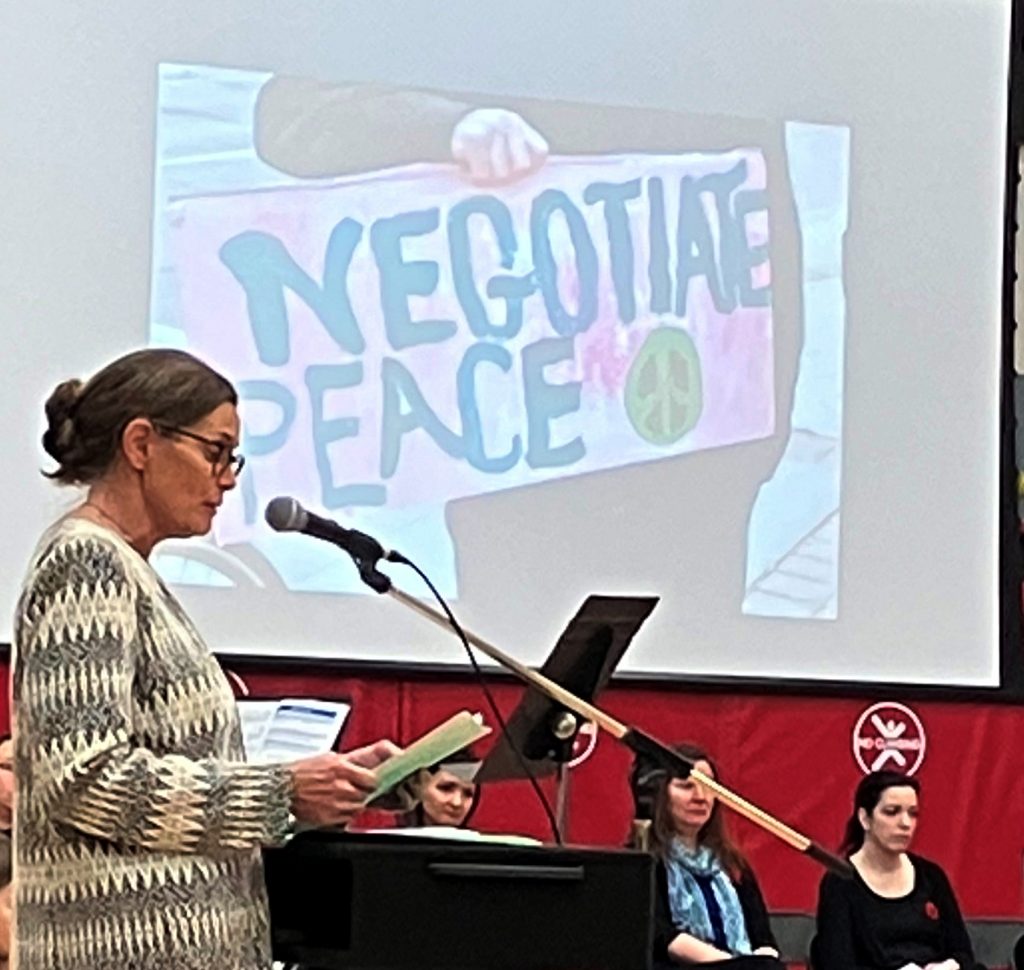 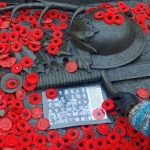 We are here to remember the soldiers who died serving their country. Personally, I think of my husband’s great uncle Francis Taylor from Nfld who was only 17 years old when he joined the First World War. Imagine how very young he was, and what a loss to his family. 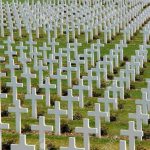 We know that many people who now live in Canada, and here in Manitoba came to escape wars in their countries. They had to leave their home to find peace.

We wear a red poppy to remember the soldiers who have died in these wars. We do not want their sacrifice to be in vain. 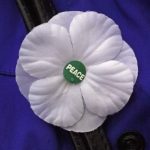 In England, after the First World War, people who remembered how the war had killed their friends and family wanted to tell the government not to start another war. They thought the best way to honour soldiers was to make sure people didn’t have to die in any more wars.

They made up the white poppy as a symbol to say “…War must not happen again” and gave them out to people on Remembrance Day. 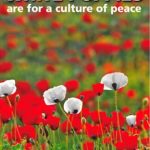 Peace Alliance and the White poppy campaign are convinced that war is not a good way to solve problems: Supporting war can make kids think violence is Ok. 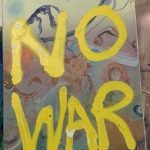 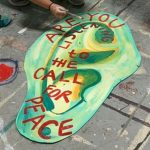 Imagine that! So many countries did not want to see another war. They believed that the best way to avoid a war was to get together, cooperate, help each other and agree on fair play. As the United Nations, they would respect each other, protect the rights of all people in all countries. The tools they chose are cooperation, development, mediation, negotiation, fairness. 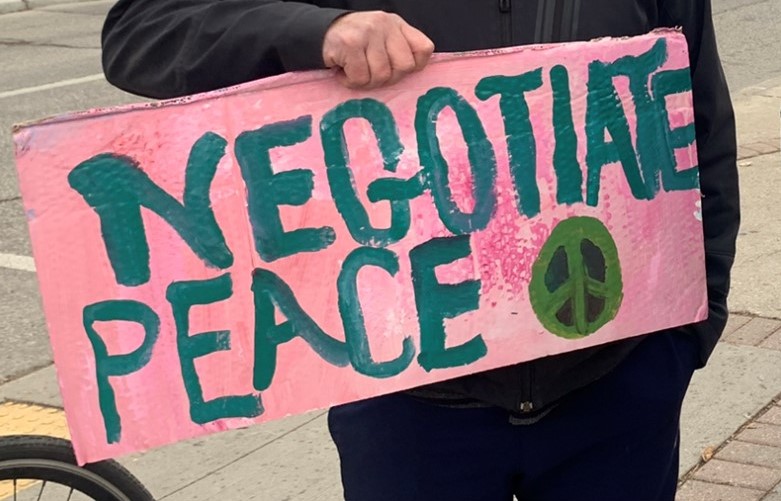 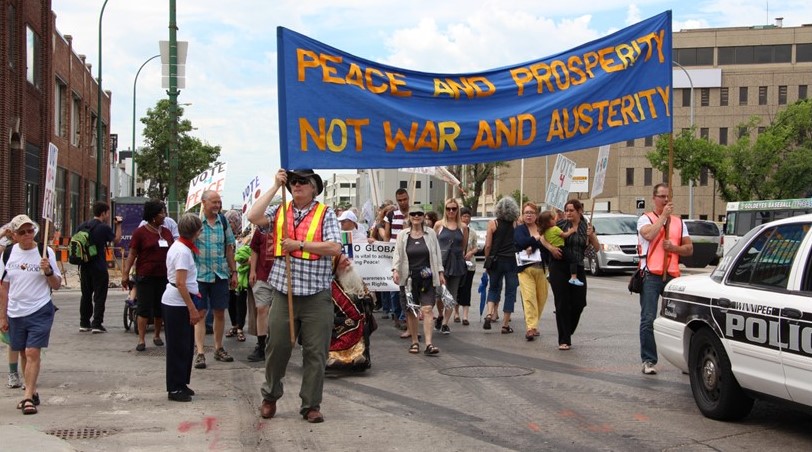 Everyone wants peace. Even wars are fought to bring peace. 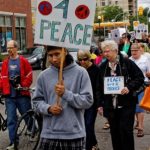 Think about it. The peace we want for all is not just the absence of war. Could we be happy when there is no war in our country if we have no food?

Can we pollute the environment, the water, the air, the land and expect to live in peace? What does peace look like? 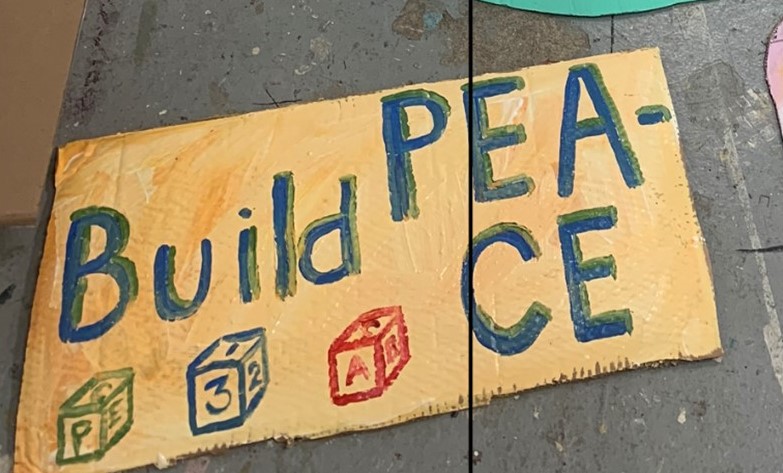 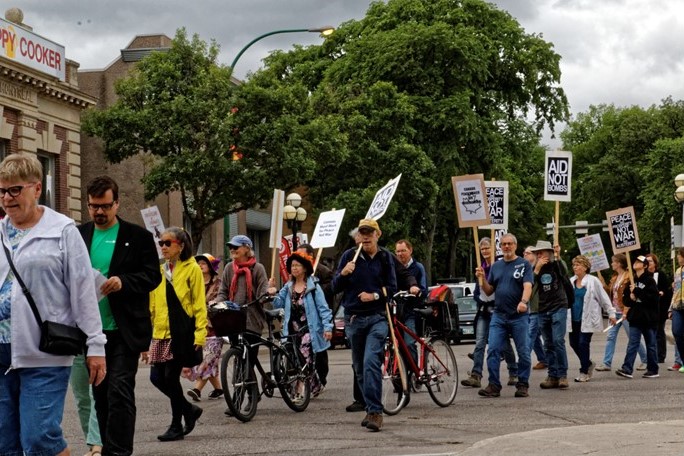 Peace is something that we have to work at and build. It won’t just happen without great effort.

An example of the work of the United Nations is UNICEF. The United Nations Children’s Fund. Their job is to help children all around the world. Maybe you have heard of it. When I was a child we were given UNICEF boxes to collect money when we went out Trick or Treating at Halloween. That was children helping children. 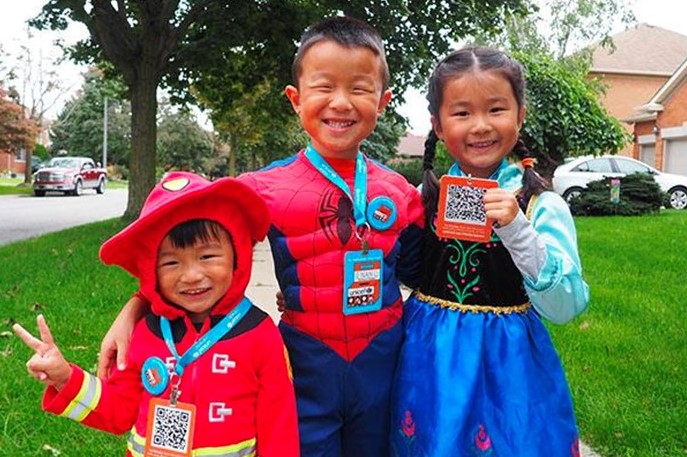 Maybe that is old fashioned. Now, you have new ways for children to help other children, near and far.

Whenever we help a neighbour, respect the rights of a neighbour, cooperate, protect the environment, we help to build peace. It starts in our homes, our classrooms, our school, our neighbourhood, our country and it spreads around the world. 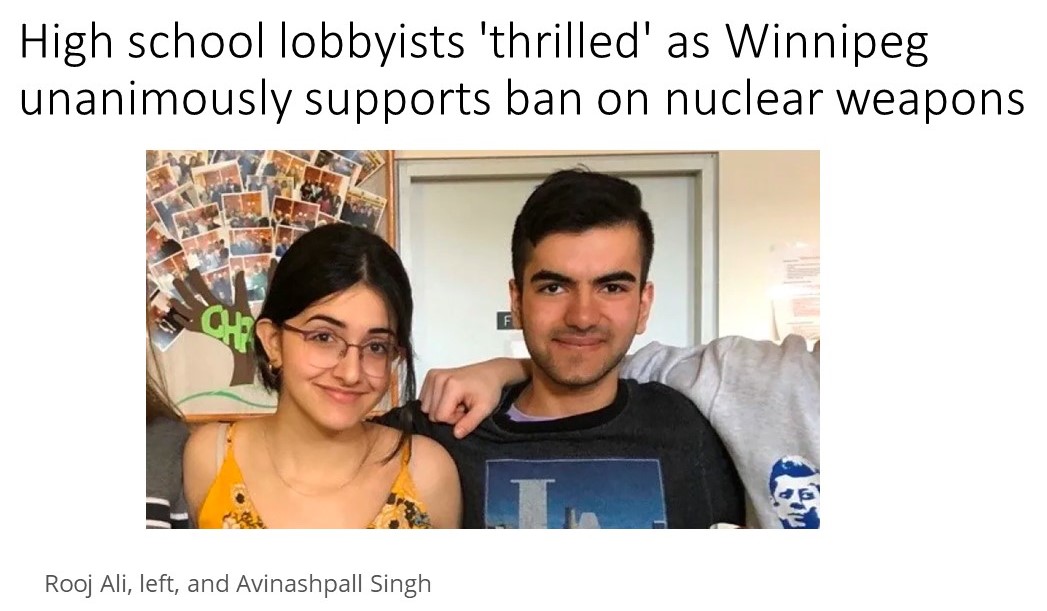 Young people can do amazing things! There is an example in Winnipeg: Some high school students convinced City Hall in Winnipeg to ask the Canadian Government to sign the United Nations treaty to ban nuclear weapons. 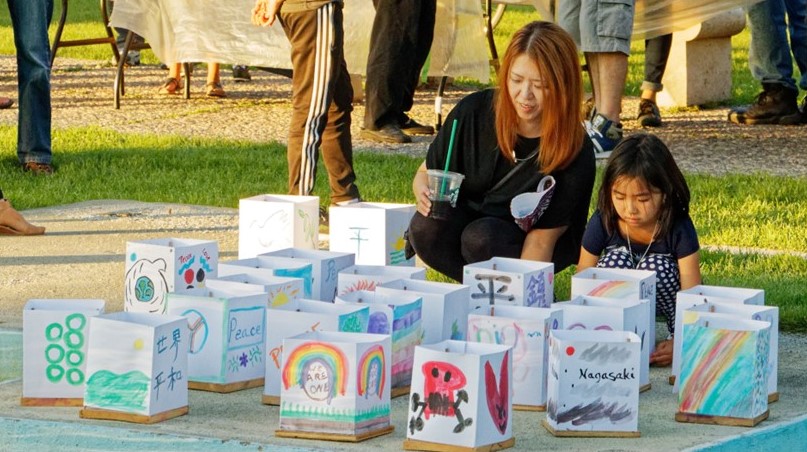 Every year, remembering the nuclear horrors of Hiroshima and Nagasaki, and all the people who died, many people create peace lanterns to say “no to nuclear weapons.” Children participate in this, too. 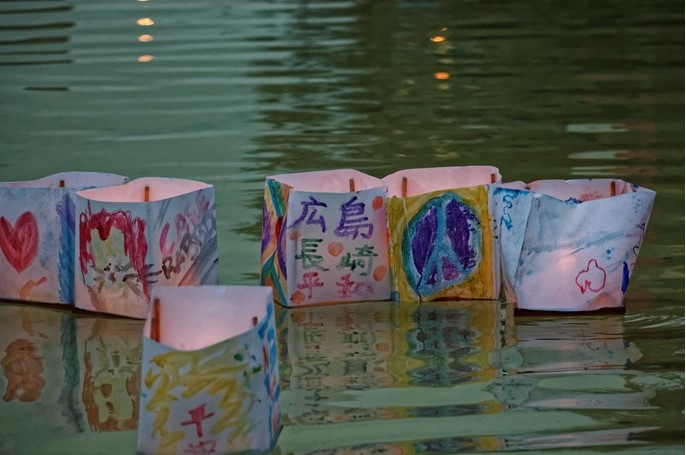 We might feel small, but there is an old song that has a great image of how powerful we are when we work together. 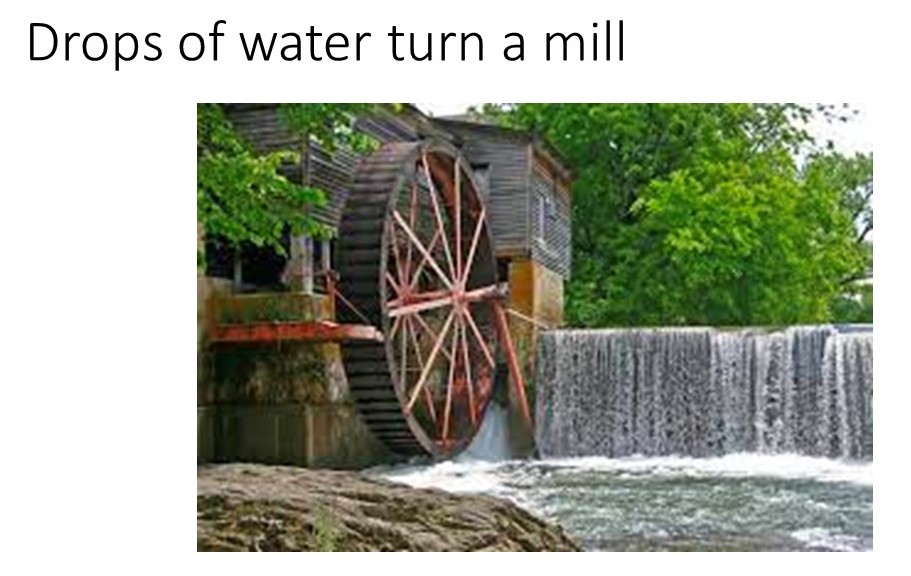 Drops of water turn a mill; singly none.

One or a few drops of water could never turn that huge wheel to do the work, but many drops make a stream or a river or a waterfall. Together we can do amazing things. 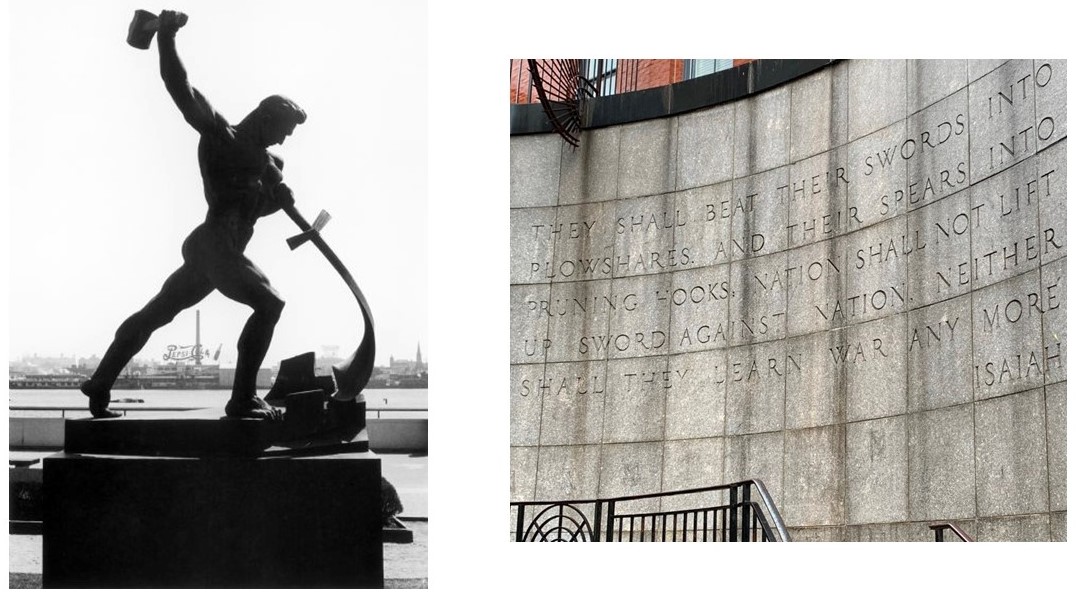 and they shall beat their swords into ploughshares, and spears into pruning hooks; nation shall not lift up sword against nation; neither shall they learn war any more.

People have been longing for peace for thousands of years. They had the vision of a world without war. Instead of making tools for war, they can make tools to grow food, tools to build peace.

With the poppies we remember and honour those who have died in wars. They were dying for peace, so let us build peace. In memory of them, construisons la paix!

Rachel Reesor-Taylor delivered this address to the students and staff of École Dugald School, in Dugald, MB at their Remembrance Day Ceremony on Nov. 10, 2022.

← Tell Mr. Trudeau: No to NATO! Peace in Ukraine!

5 comments for “Because we remember them… construisons la paix”