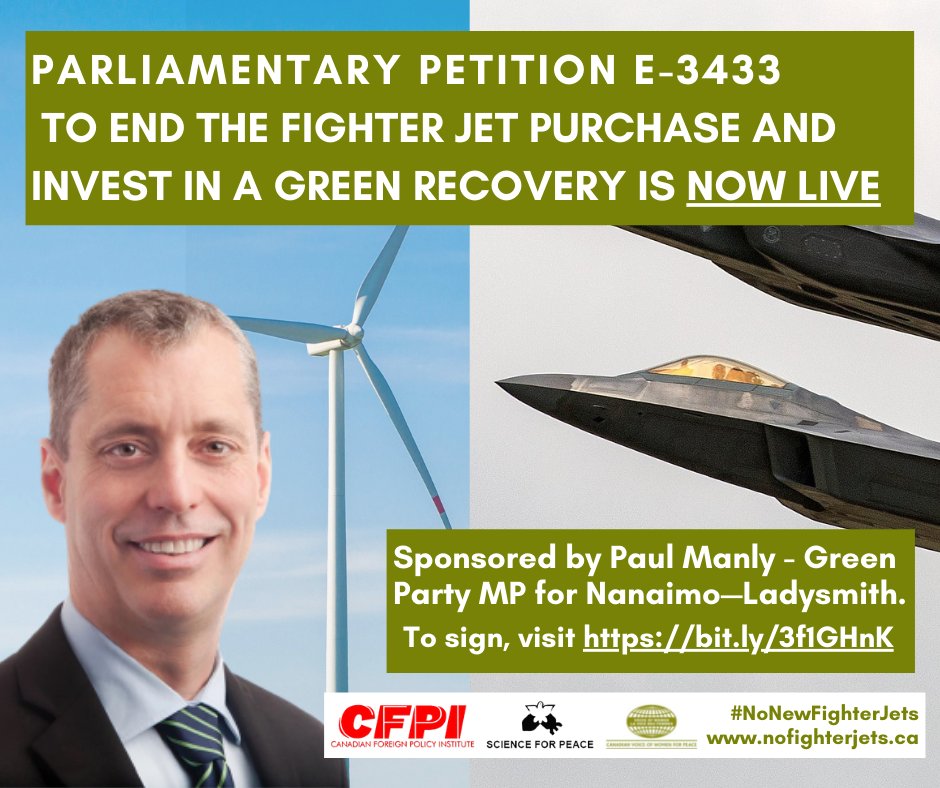 On behalf of the organizers of the Parliamentary petition calling for no new fighter jets, I would like to thank everyone who signed the petition and spread the word about the petition using their respective social media networks.

I would also like to acknowledge Laine, VOW’s peace campaigner, who made great graphics promoting on social media the Parliamentary petition and our opposition to the government’s plan to purchase new fighter jets.   Here is a link to some of those  social media posts: LINK 1, LINK 2, LINK 3.