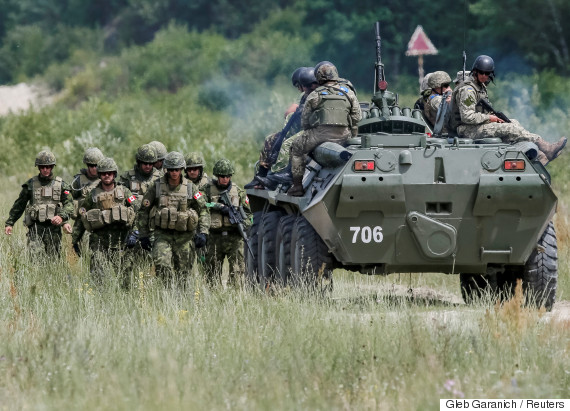 Why is the Trudeau government escalating its belligerence towards Russia?

Yesterday it was confirmed that 200 Canadian troops would remain in the Ukraine for at least two more years. This “training” mission in the Ukraine is on top of 200 troops in Poland, a naval frigate in the Mediterranean and Black Sea, and a half-dozen CF-18 fighter jets on their way to locations near Russia’s border. Alongside Britain, Germany and the U.S., Canada will soon lead a NATO battlegroup supposed to defend Eastern Europe from Moscow. About 450 Canadian troops are headed to Latvia while the three other NATO countries lead missions in Poland, Lithuania and Estonia. From the Russian point of view it must certainly look like NATO is massing troops at its border.