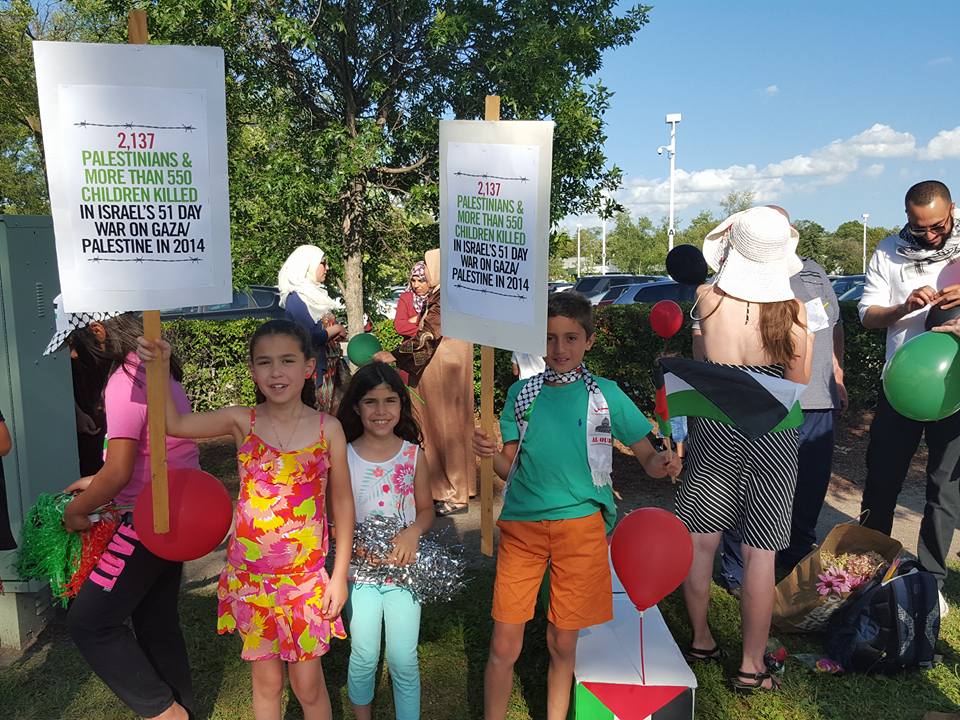 Winnipeg – On August 2nd, 2016, over two dozen people gathered at the the Israel Folklorama Pavilion for the third annual vigil to honour and remember those who were killed during Operation Protective Edge or the 51 Day War when Israel invaded the Gaza Strip in July 2014.

In total almost 2,200 Palestinians were killed, including over 550 children.

This event succeeded in being a powerful display of solidarity and support for the Palestinian people.

The purpose of the action was to be peaceful, participants held their signs and also handed a leaflet about the current situation in Gaza/Palestine.

The first vigil was held at Folklorama in 2014 during Operation Protective Edge and at that time about 10 people attended the event. Organizers held the same event last year to mark the first anniversary of the 51 Day War and again saw about the same number of people. However at this year’s vigil the number of people has more than doubled.

The vigil was a success in bringing together a diverse group of people who all believe in human rights and justice for the Palestinian people.

There were a variety of groups participating in this year’s action, including The Canadian Palestinian Association of Manitoba (CPAM), Independent Jewish Voices, Peace Alliance Winnipeg and the Winnipeg Coalition Against Israeli Apartheid.

Participants held brightly coloured placards that displayed statistics about the war and the humanitarian and infrastructure damage to the Gaza Strip, as well as such messages as No Justice No Peace and Let Gaza Live.

This year’s vigil was also unique for the large number of children in attendance. The majority of children were dressed in tee-shirts with Palestinian solidarity messages printed on them and many held Palestinian flags. 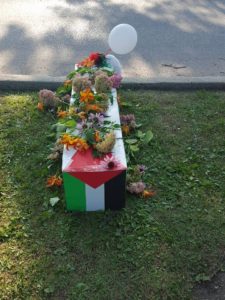 Rana Abdullah, CPAM spokeswoman, human rights and refugee activist, read the names of the 112 people that were killed in Gaza on August 2nd, 2014. Each name was printed on a card which was then placed inside a small handmade casket painted with the Palestinian flag. After the reading of the names everyone attending observed a moment of silence for those killed by Israel in the 51 Day War. Abdullah then placed flowers from her own garden over the casket.

All who attended said they thought “Remember Gaza” was a very powerful, respectful way to recognize the second anniversary of Israel’s invasion. There were about three times as many people attending this event as the first year the vigil was held in 2014 during Operation Protective Edge.