About 800 Winnipeggers gathered at the Manitoba Legislate on the evening of July 14th to protest the continuing Israeli bombardment of Gaza and the support of the Canadian government for Israel’s military action. The action was organized by Canadian Palestinian Association of MB (CPAM), Canada-Palestine Support Network (Winnipeg) and the Winnipeg Coalition Against Israeli Apartheid (WCAIA). 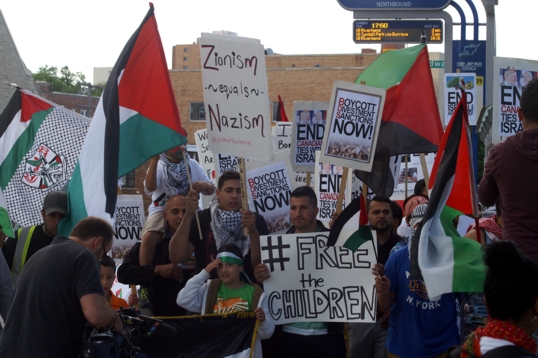 The Winnipeg action was one of the many which have taken place across Canada and around the world in opposition to Israel’s assault on the civilian population of Gaza which has resulted in more than 150 deaths, many of them children. Over the years Gaza has suffered from embargo of basic food and other essentials in addition to full out military assault. 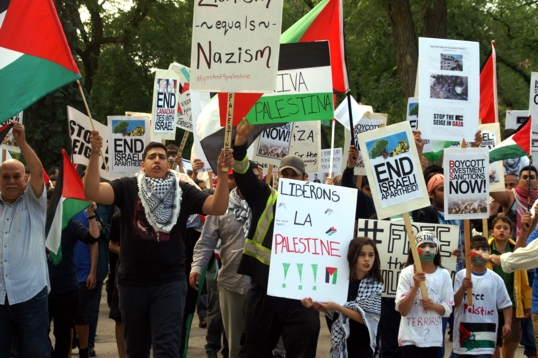 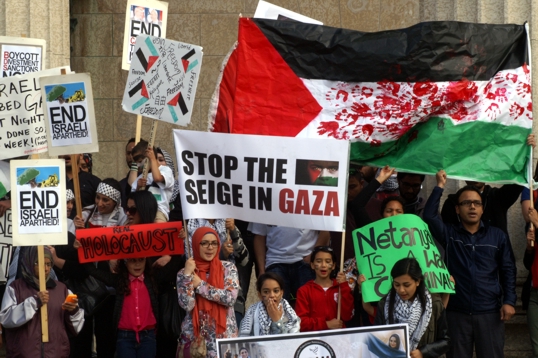 In condemning the current violence of the Israeli state organizers also called for Canada to recognize the just demands of the Palestinian people as the way forward for peace in the Middle East. 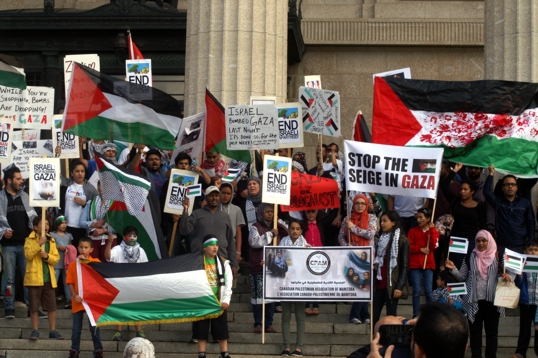 This message stands in stark contrast to official Canadian policy which blames the Palestinian struggle for nationhood and the return of occupied lands as the source of the continuing violence between Palestinians and Israelis.

On July 19th, Winnipeggers returned to the streets in a second demonstration of solidarity with Gaza. This time, approximately 500 people assembled in front the the Canadian Museum of Human Rights at The Forks. Following speeches, which ended with a recital of the names of some of the Palestinians slain in recent days, they marched along Main Street and Broadway Avenue before returning to the museum. In this video report, we hear from:

Photos were taken by Glenn Michalchuk. The video was produced by Paul S. Graham. Poster was designed by Krishna Lalbiharie.