On Friday, Canada closed its embassy in Tehran and put Iran on a list of “states that support terrorism.” This is consistent with all of the inflammatory rhetoric on Iran put forth by the Canadian government, especially since the 2011 federal election. Stephen Harper has called Iran the greatest threat to world peace, while foreign affairs minister John Baird has compared the Iranian leadership to that of Nazi Germany.

According to the federal government, the new diplomatic policy was enacted because Iran is the most significant threat to global peace and security. But the Canadian government has offered no logical explanation of what’s happened recently to support this claim and its actions. When questioned by CBC, Baird could only talk about last year’s attack on the British embassy in Tehran by student protesters, even though the Iranian government had expressed regret for this incident and has said its committed to the safety of foreign diplomats. Harper, in language more appropriate for rebuking his petulant Cabinet ministers than for describing a nation of 75 million people, talked about Iran’s capacity for increasingly bad behaviour. He also complained that the Canadian embassy is on a busy road. 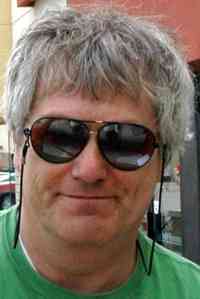 “That Iran represents a threat to the region and to the world is just totally unfounded.

First of all, Iran has not occupied or invaded any other countries in the area,” Michalchuk said in an interview with Mud and Water radio earlier this year. “The last war that Iran was involved with was in the 1980s with Iraq. And it was Iraq who provoked that war and at that time Iraq was a close ally with the United States. Iran has never done anything to threaten the interests of the Middle East or its neighbouring countries.”

Tony Burman wrote in the Toronto Star that with its recent actions Canada’s foreign minister appears to be Benjamin Netanyahu. Burman argues that Canada has become “a passionate warrior on behalf of Israel’s foreign ministry.” Netanyahu, Israel’s prime minister, has congratulated Harper and Canada on this move, saying that it sends a clear message to Iran and the world.

Canadians should be concerned that its government is encouraging a NATO-led invasion of Iran. The Canadian Peace Alliance has warned that the process in the West that led to the 2003 U.S. invasion and occupation of Iraq is very similar to the current situation with Iran.