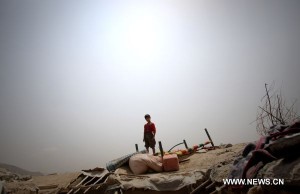 Notes on Afghanistan: The Surge to Withdrawal

Kabul sprawls like an injured lion. Its population has increased four-fold to 4.5 million over the past ten years. War refugees, fleeing the countryside for the relative safety of the citadel, find themselves in permanent slums (“Kabul Informal Settlements” in the bureaucratic argot). These slums (such as Chamane Babrack, Bagrami, Parwan Du, and Charahi Qambar) sit on hillsides or on the edges of Kabul, bursting with people whose lives have been measurably worsened by the ongoing conflict. The UN’s High Commission on Refugees and the Afghan Ministry of Refugees and Repatriation squabble over definitions: which family has been displaced by war, and who is an economic migrant. These distinctions mean little to the 5.7 million people who have been displaced by the insecurity occasioned by the ten-year war. A friend who works in one of the UN agencies in Kabul tells me that matters have reached a crisis point. He has used the term “crisis” four times over the past few years.

The idea of Afghanistan as “crisis” has a lineage that stretches back at least to 1818. The British thrived on the idea of Afghanistan as ungovernable, since it gave them license to meddle in its internal affairs under the pretense of establishing governance. The Afghans would have none of it, and even at the high-point of British power, in the 1850s, the Marquess of Dalhousie had to admit that relations between Afghans and the British were as “sullen quiescence on either side, without offence but without goodwill or intercourse.” Intrigue between the powers meant that the Afghans could be disregarded, as they were from the 1810s into the present. Dalhousie’s senior, Lord Ellenborough wrote in his diary in 1829, “I feel confident that we shall have to fight the Russians on the Indus, and I have long had a presentiment that I should meet them there, and gain a great battle. All dreams, but I have had them a long time.” That dream became reality a hundred and fifty years later. The U. S. and the English rushed into action in 1979 when the Soviets invaded, beginning a secret war that created Bin Laden and foisted the Taliban upon the desperate Afghans (the National Archives in Britain released some files this week that reveal details of this secret war). The idea of Afghan anarchy was sufficient for the West to either intervene with force or to disregard the well-being of the people.

That disregard has become catastrophic in itself. The UN reports that most of the 7.3 million Afghans who now rely on emergency food assistance will not be able to access it (largely because pledges to the World Food Program have declined as a consequence of the world credit crisis). Food riots are to be expected in the short term.

← Professional sports and militarism in Canada
First Syria, then Iran? →