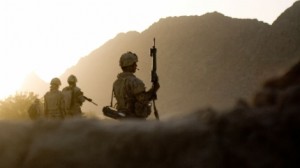 Seven UN staff members were hunted down and killed this month after more than 1,000 Afghans, outraged over an insult to the Qur’an in a U.S. church, stormed their compound in Mazar-i-Sharif in northern Afghanistan.

This week, we learned that one of the locations for Canadian troops engaged in the new training mission in Afghanistan will be, of all places, in Mazar-i Sharif.

Michael Byers teaches political science at the University of British Columbia. He is the author of Intent for a Nation and, most recently, Who Owns the Arctic? He ran as a New Democrat in the 2008 federal election. He is also the co-author, with Stewart Webb, of a report this week, Training can be Dangerous: A Realistic Assessment of the Proposed Canadian Mission to Train Afghan National Security Forces, published by the Canadian Centre for Policy Alternatives.

But the government is delaying any announcement because of what might ensue when people realize that Mazar-i-Sharif will be the focus of Canada’s deployment, not Kabul as previously promised.

Michael Ignatieff should have read the Citizen that day. For during Tuesday’s leaders debate, the Liberal leader said that it was “right for Canada to stay in a training mission, out of harm’s way.”

In doing so, he was agreeing with Stephen Harper, who last November said there were “minimal risks” associated with training — and on that basis decided that no parliamentary debate was needed to extend the Afghan mission to 2014.
Training is never safe

Military training, however, is never safe, especially in a war zone. Remember, the first four Canadian deaths in Afghanistan occurred in 2002 when a training exercise drew “friendly fire” from an American fighter pilot.

And now, across Afghanistan, the Taliban are infiltrating the ranks of army and police recruits in order to attack and kill NATO soldiers.

As a colleague and I noted earlier this week in our study, Training is dangerous, for the Canadian Centre for Policy Alternatives, there is quite a history here.

All told, in the last year and a half, 25 NATO soldiers have died this way.

And just yesterday, three Afghan policemen were killed when suicide bombers struck a training centre run by the U.S. in eastern Afghanistan.

Adding to the risk is the fact that Canadian soldiers will never remain completely “inside the wire,” no matter what a prime minister says.