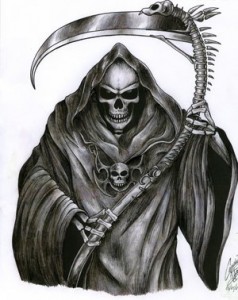 When men first made war in the air, the imagery that accompanied them was of knights jousting in the sky. Just check out movies like Wings, which won the first Oscar for Best Picture in 1927 (or any Peanuts cartoon in which Snoopy takes on the Red Baron in a literal “dogfight”). As late as 1986, five years after two American F-14s shot down two Soviet jets flown by Libyan pilots over the Mediterranean’s Gulf of Sidra, it was still possible to make the movie Top Gun. In it, Tom Cruise played “Maverick,” a U.S. Naval aviator triumphantly involved in a similar incident. (He shoots down three MiGs.)

Admittedly, by then American air-power films had long been in decline. In Vietnam, the U.S. had used its air superiority to devastating effect, bombing the north and blasting the south, but go to American Vietnam films and, while that U.S. patrol walks endlessly into a South Vietnamese village with mayhem to come, the air is largely devoid of planes.

Consider Top Gun an anomaly. Anyway, it’s been 25 years since that film topped the box-office — and don’t hold your breath for a repeat at your local multiplex. After all, there’s nothing left to base such a film on.

To put it simply, it’s time for Americans to take the “war” out of “air war.” These days, we need a new set of terms to explain what U.S. air power actually does.

Start this way: American “air superiority” in any war the U.S. now fights is total. In fact, the last time American jets met enemy planes of any sort in any skies was in the First Gulf War in 1991, and since Saddam Hussein’s once powerful air force didn’t offer much opposition — most of its planes fled to Iran — that was brief. The last time U.S. pilots faced anything like a serious challenge in the skies was in North Vietnam in the early 1970s. Before that, you have to go back to the Korean War in the early 1950s.

This, in fact, is something American military types take great pride in. Addressing the cadets of the Air Force Academy in early March, for example, Secretary of Defense Robert Gates stated: “There hasn’t been a U.S. Air Force airplane lost in air combat in nearly 40 years, or an American soldier attacked by enemy aircraft since Korea.”

And he’s probably right, though it’s also possible that the last American plane shot down in aerial combat was U.S. Navy pilot Michael Scott Speiker’s jet in the First Gulf War. (The Navy continues to claim that the plane was felled by a surface-to-air missile.) As an F-117A Stealth fighter was downed by a surface-to-air missile over Serbia in 1999, it’s been more than 11 years since such a plane was lost due to anything but mechanical malfunction. Yet in those years, the U.S. has remained almost continuously at war somewhere and has used air power extensively, as in its “shock and awe” launch to the invasion of Iraq, which was meant to “decapitate” Saddam Hussein and the rest of the Iraqi leadership. (No plane was lost, nor was an Iraqi leader of any sort taken out in those 50 decapitation attacks, but “dozens” of Iraqi civilians died.) You might even say that air power, now ramping up again in Afghanistan, has continued to be the American way of war.

From a military point of view, this is something worth bragging about. It’s just that the obvious conclusions are never drawn from it.

← International Day of Action for Libya
“One day it could be you.” – The persecution of Mohamed Harkat →