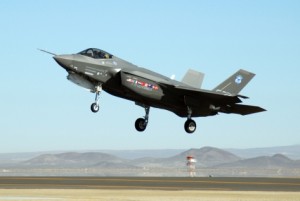 “The greatest contribution that I appreciate from the Dominion is that one feels the energies, the focus of a new generation of Canadians taking stock of Canadian reality as it is.” –Jooneed Khan

TORONTO—Classified cables released in December 2010 revealed an exhaustive American campaign to pressure Norway to buy a fleet of US-made F-35 Joint Strike Fighter jets. As the Canadian government looks to spend at least $16 billion on its own fleet of the controversial aircraft, it appears a similar campaign is underway here.

The American diplomat who filed the cables—cables which detail high-level diplomatic pressure on the Norwegian government and a media campaign to sway public opinion—is now based in Canada. Several of the tactics his cables recommend have recent parallels in this country, where the government is promoting the sole-sourced purchase as a done deal but has not signed an official contract.

Kevin Johnson, former Deputy Chief of Mission at the US Embassy in Oslo, was named US Consul General to Toronto in August 2009—nine months after Norway announced it would buy a fleet of the Lockheed Martin-made stealth bombers. His name appears on several classified American cables released through Wikileaks last year.

Written over four months in late 2008, the cables advised the US state department to put pressure on Norway to ensure the sale while avoiding any appearance of doing so. A memo copied to the US embassy in Ottawa offered advice on how to replicate the campaign’s success in other countries.

It stated Norway chose the F-35 despite the jet’s high price tag—double that of the Gripen. Norway’s decision was a significant victory for the JSF program, and followed three months of lobbying subtly in public, forcefully behind closed doors.

In a cable sent September 22, 2008, the US Embassy in Oslo asked the US Secretary of State, the Joint Chiefs of Staff and several US embassies in Scandinavia to ensure Norway understood that diplomatic relations between the two countries would be affected by the choice.

“A Gripen decision would significantly alter the 40-year close relationship between our Air Forces and weaken one of the strongest pillars of our bilateral relationship,” stated the cable, titled “Norway Fighter Purchase: High-Level Advocacy Needed Now.”

The document’s author expressed concern that the F-35 was losing favour in the eyes of Norwegians.

“High-level Washington advocacy on this issue is needed to help reverse this trend,” the cable reads.

A public affairs officer from the American consulate in Toronto, Barbara Jafelice, declined to discuss the cables or Johnson’s relation to them, saying it was against policy to comment on anything Wikileaks-related. In an email, an unnamed public affairs officer from the consulate implied there was nothing abnormal about Johnson’s transfer, saying Foreign Service officers are typically moved to a new post approximately every three years.

The United States embassy in Ottawa declined The Dominion’s request for an interview.