Saeed’s plight was news to me until a couple of days ago, and perhaps it is unfamiliar to you as well. Two excellent web sites where you can learn more about Saeed, the danger he faces and what you can do are: 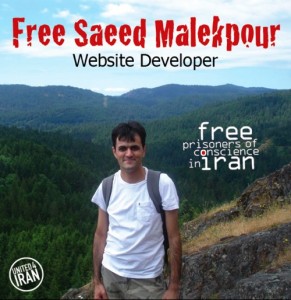 There is no time to lose. Iran is notorious for its willingness to execute prisoners on the flimsiest of pretexts. He could be killed at any moment. Nonetheless, international opinion does save lives. So, please do not delay. Join the campaign to save Saeed Malekpour’s life. Today. Now.