US Now in Afghanistan Longer Than Soviets

US forces have now stayed longer in Afghanistan than the Soviet army during Moscow’s ill-fated intervention. The US military late last month exceeded the nine years and 50 days that Soviet troops were stationed in Afghanistan between 1979 and 1989. The event provoked queries about similarities between the American and Soviet experiences in Afghanistan, but US foreign policy experts irritably slapped down the idea that there could be any comparison between the two.

The presence of two powerful foreign armies in the same country within twelve years of each other, both fighting an Islamic fundamentalist-led insurgency, might be expected to produce some points in common. But members of the US-led coalition, the UN, and the western media, have gone out of their way to distinguish between the two episodes. They firmly label the first period as ‘Soviet occupation’, while the presence of 130,000 American and coalition troopskeeping the Taliban at bay today is a ‘peace-keeping’ or ‘stabilisation’ mission. Coincidentally, the Soviet Union had almost the same number of soldiers in Afghanistan in the mid-1980s.

At first sight the distinction between the two interventions appears reasonable. The first began suddenly on 27 December 1979 when 80,000 Soviet troops poured across the border and Soviet and Afghan soldiers burst into the presidential palace in Kabul to kill the Communist president Hafizullah Amin. American intervention started less visibly on 7 October 2001 when the US air strikes and Special Forces backed the opposition Northern Alliance to begin a campaign to drive the Taliban from power.

“When the Soviets came in everybody wanted to fight against them,” admits General Nur-al-Haq Ulumi, a powerful leader under the Communist regime, who was military commander for the whole of southern Afghanistan. He adds that, in complete contrast, “when the Americans arrived in 2001, everybody supported them and nobody wanted to fight them.” 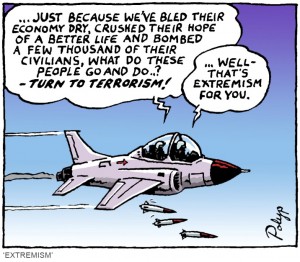 The popularity of the Americans and their foreign allies has not lasted. They are increasingly blamed by Afghans for the continued violence and as sponsors and protectors of a deeply unpopular government. As US, Britain and almost 50 other states enter their tenth year of military action in Afghanistan, the dilemmas facing them resemble the problems that the Soviet army wrestled with a quarter of a century ago.