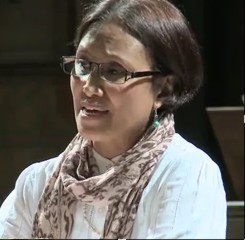 TORONTO — The mother of a Canadian soldier in Afghanistan picketed outside Liberal MP Bob Rae’s office on Saturday to urge the federal Conservative government to bring the troops home next year.

Josie Forcadilla is upset about the extension of a Canadian military presence in Afghanistan until 2014. The government announced this month that a contingent of troops will remain to train Afghan troops after the combat mission ends in July 2011.

“Whether the mission is combat or non-combat, the soldiers will still be at risk,” she said, noting some of the 153 Canadian soldiers who have died in support of the Afghan mission were trainers.

The Opposition Liberals have supported the idea of Canadian soldiers remaining in Afghanistan, provided it’s a non-combat role.

The group meant to bring Rae an anti-war petition with 10,000 signatures, but found his office closed.

Volunteers instead handed out postcards and encouraged passersby to write their MPs about ending the mission, rather than extending it.

Josie Forcadilla, the mother of a Canadian soldier serving in Afghanistan, calls for an end to the war at a large public meeting on October 13, 2010 at Trinity-St. Paul’s United Church in Toronto, Canada.

Josie supports her son and the troops but presents evidence of how the government has failed our troops and the people of Afghanistan. She calls for an end to the war and for increased support for development and real democracy for Afghans in their native and war-torn country.