… before I was so rudely interrupted by Jason Kenney: I hate terrorism, whether committed by a man in a turban or a politician in a suit 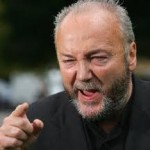 I’ve been, I’m almost gone and the sky over Canada hasn’t fallen in. I came to a dozen cities, addressed thousands — millions if you include the media coverage — and while I may not have conquered Canada’s neo-con government, the last redoubt of voodoo diplomacy, I have landed a few good blows I feel.

The theme of my tour, and the question I still can’t answer, is why Canada ended up with a government so determined on isolation from the currents abroad? By Stephen Harper’s own admission, you are paying a pretty penny. Although he is ready to “pay any price” for this isolation, I’m not sure you are.

Canada’s defeat in the recent election to the UN Security Council was due to the country’s “unstinting support” for Israel, as he admits. He’s picked a fight with Russia, prompting a former Canadian diplomat to describe his government as the “last Cold Warrior standing.” There’s the rumpus with the United Arab Emirates over something as inconsequential as landing spaces. Rumbling towards us is a major crisis in Lebanon with Canada’s fingerprints all over the casus belli. The head of the inquiry into the assassination of Rafik Hariri and most of the “investigation” muscle is Canadian.

Canada gained much credit, particularly in the Muslim world, for sitting out the Iraq war. But Harper is no Jean Chretien and the goodwill account is now overdrawn. A couple of broken promises later your young men and women, who have already paid a disproportionately high price among NATO occupation countries, are being sent back into the maw of Hamid Karzai’s corrupt, incompetent, failing Kabul congestion charge area caliphate, this time as “trainers.”

No one, least of all the official opposition, seems to ask just why Karzai’s army needs so much training. It was part of the mission when the first troops kicked the sand of Afghanistan almost 10 years ago and was certainly inscribed in the orders of Canadian troops when they arrived in serious numbers in 2003. A billion dollars a month goes on training, more than the monthly budget of the Karzai government, and Kabul teems with non-combatant lecturers and military professors — yet still at least a quarter of the army, according to the latest U.S. figures, disappears every year and pops up, trained perhaps, in the ranks of the Taliban. Besides, the Taliban pays better. They don’t have to contend with the costs of Karzai, his drug-dealing family and his warlords’ fiefdoms.

Mr. Galloway will be speaking in Winnipeg, Nov. 26. His full tour schedule is available here.