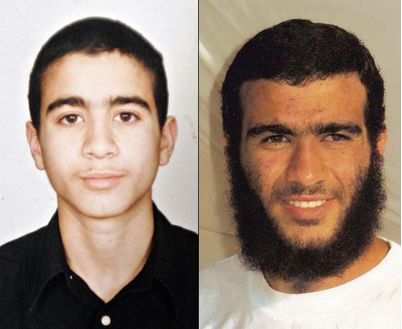 As the author of The Case for Impeachment (St. Martin’s Press, 2006), I never thought in my lifetime that I would see a president reach the depth of moral decay and depravity of President George W. Bush, but sad to say, our current president, Barack Obama, has managed to do it, and what makes it worse, as a former Constitutional law professor, he knows better.

This president’s moral nadir was hit yesterday, when he allowed a military tribunal based at Guantanamo to pressure Omar Khadr, a Canadian captured, gravely wounded, and arrested at the age of 15 in Afghanistan, and held at at Guantanamo now for nine years, to plead guilty to murder.

Khadr’s crime? He was in a house that was struck by a US air strike and then raided by US special forces during the US invasion of Afghanistan in 2002. The gravely wounded Khadr was accused of tossing a grenade at advancing US troops, which killed US Army Sgt. 1st Class Christopher Speer, and caused another soldier to lose an eye.