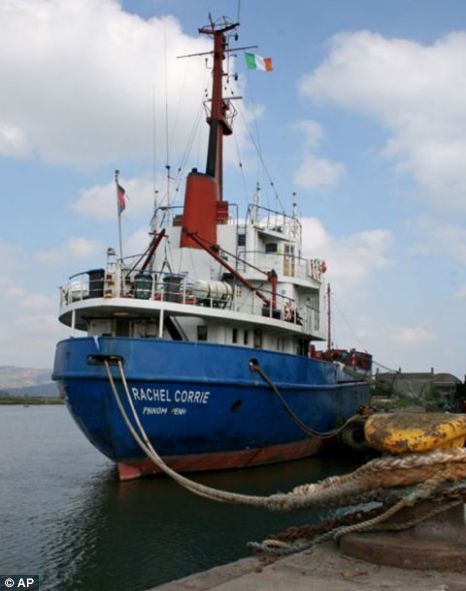 Sailing on MV Rachel Corrie has changed my life and my perspective on many issues that I hold dear. I am humbled by the experience and have learned so much from everyone on board the ship.

MV Rachel Corrie was previously known and registered as MV Linda, a 43-year old cargo vessel abandoned by her owners. Her crew was left in a lurch when the owners failed to pay their wages for over a year. The crew took her to the port of Dundalk in Ireland for refuge.

Rejected and in disrepair, she was dying of neglect. She had much to offer but no one cared.

On the 22nd January 2010, I received a letter from the solicitors for the Free Gaza Movement that she has been identified as a potential cargo ship to bring aid to Gaza and preparations were made to purchase her.

I was elated, as it was only six months ago that like-minded activists from the Free Gaza Movement and the Perdana Global Peace Organisation, headed by the fourth prime minister of Malaysia, Tun Dr. Mahathir Mohamad gathered in Cyprus to explore the suggestion that a flotilla of cargo ships and passenger boats would be more effective in breaking the horrendous blockade imposed by Israel on Gaza than despatching a single boat as had been the previous missions organised by the Free Gaza Movement. Within three weeks, we were able to raise, with the assistance of the wife of the prime minister of Malaysia, the sum of RM1.5 million and a month later another sum of RM90,000 to purchase aid for the Palestinians. The monies were sufficient to buy a cargo ship and two passenger boats. The flotilla became a reality. The rest as they say is history.

← Night for the Disappeared
Winnipeg Walk for Peace 2010 →