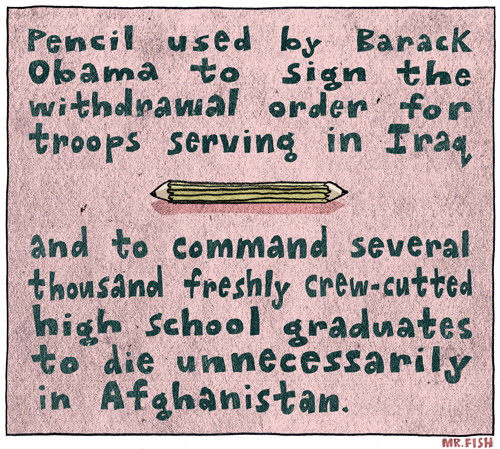 OTTAWA–Canada is backing calls for an overhaul of the failing Afghan mission, but likely won’t be around to ensure the success of a new strategy that appears to be based on its own counter-insurgency efforts.

Top Canadian military and government officials were briefed on a grim U.S. report, leaked yesterday, that said insurgents in Afghanistan have the momentum and benefit from official Afghan corruption and ineptitude as well as the coalition’s record of civilian casualties.

Gen. Stanley McChrystal, commander of the 100,000 U.S. and NATO forces in the country, said those facts have sparked a “crisis of confidence” in the Afghan government and international troops that is driving fearful locals into Taliban hands.

“Failure to gain the initiative and reverse insurgent momentum in the near-term (next 12 months) – while Afghan security capacity matures – risks an outcome where defeating the insurgency is no longer possible,” McChrystal wrote in an Aug. 30 report published in The Washington Post yesterday.

The centerpiece of the General Stanley McChrystal’s “new” counterinsurgency strategy of “clear, hold, build” is the accelerated training and expansion of the Afghan Army and Police Forces (ANSF), in addition to a major increase in the size of our forces (according to some reports, by as much as 45,000 troops). The strategic goal is to establish an expanding zone of security for the Afghan people that would enable a steady build up of aid and development efforts to improve their well being with jobs, new infrastructure, new education systems, new agricultural techniques, etc., than thereby win the hearts and minds of the Afghan people. McChrystal is asking the President of the United State to approve a pathway to almost certain disaster. Consider please the following:

Of course, there is nothing new in General McChrystal’s strategy, it is merely a rehash of the failed oil spot (tache d’huile) strategy, first tried by French colonialist General Louis-Hubert-Gonsalve Lyautey, and then tried again under various guises, again without lasting success, by the Americans in Vietnam.

The big Afghanistan debate in Washington is not over whether more troops are needed, but just who they should be: Americans or Afghans – Us or Them. Having just spent time in Afghanistan seeing how things stand, I wouldn’t bet on Them.

Frankly, I wouldn’t bet on Us either. In eight years, American troops have worn out their welcome. Their very presence now incites opposition, but that’s another story. It’s Them – the Afghans – I want to talk about.

Afghans are Afghans. They have their own history, their own culture, their own habitual ways of thinking and behaving, all complicated by a modern experience of decades of war, displacement, abject poverty, and incessant meddling by foreign governments near and far – of which the United States has been the most powerful and persistent. Afghans do not think or act like Americans. Yet Americans in power refuse to grasp that inconvenient point.