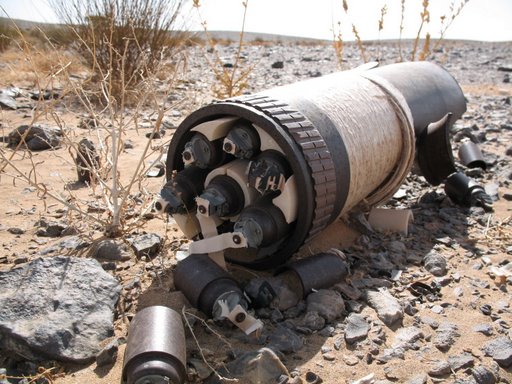 GENEVA, Switzerland – 29 May 2009 – Several states that have signed the new international treaty prohibiting cluster munitions have already started to destroy their stockpiles of the weapon, even before the treaty formally takes effect, according to Banning Cluster Munitions: Government Policy and Practice, a 288-page report released today. The report is being issued one year after the conclusion of the negotiations of the Convention on Cluster Munitions in Dublin, Ireland on 30 May 2008.

“Only a few years ago the destruction of these stockpiled cluster munitions would have been unthinkable, but there has been a sea change of opinion against this weapon,” said Steve Goose of Human Rights Watch, final editor of Banning Cluster Munitions. “In an incredibly short period of time, many governments have moved from staunchly defending the need for cluster munitions to completely rejecting them.” The new report documents, on a country-by-country basis, how and why such dramatic shifts occurred.

Many treaty signatories are expected to complete destruction of their stockpiles earlier than the eight-year deadline imposed by the convention. Spain completed destruction of its stockpiled cluster munitions in March 2009, the first to do so since signing the treaty. Several other signatories have begun to destroy their stockpiles of cluster munitions including Austria, Belgium, Canada, Colombia, France, Germany, Netherlands, Norway, Switzerland, and the United Kingdom.

The Convention on Cluster Munitions prohibits the production, use, transfer and stockpiling of cluster munitions, requires clearance of contaminated areas within ten years, and establishes ground-breaking standards for assistance to the weapon’s victims.

A total of 96 countries have signed the treaty since it opened for signature in Oslo, Norway on 3 December 2008, including 35 former users, producers, stockpilers, and/or exporters of cluster munitions. The treaty requires 30 ratifications to trigger entry into force six months later. Seven signatories have ratified to date: Austria, Holy See, Ireland, Laos, Mexico, Norway, and Sierra Leone.

“Even governments that have not yet signed the Convention on Cluster Munitions now acknowledge that cluster munitions cause severe humanitarian problems that need to be urgently addressed,” said Goose. “Hold-out states are starting to change their policies as the norm being created by this treaty takes hold. They are realizing that any country that uses cluster munitions in the future will be treated as an international outcast.”

Banning Cluster Munitions looks at how governments engaged in the “Oslo Process,” an unconventional fast-track diplomatic initiative started by Norway in November 2006 to create a legally-binding instrument to outlaw cluster munitions. The report also shows how civil society groups organized under the umbrella of the Cluster Munition Coalition (CMC) fought for a strong treaty.

“The bold and dynamic way in which the Convention on Cluster Munitions was created provides an encouraging example of how multilateral diplomacy can swiftly achieve life-saving humanitarian results,” said Richard Moyes of Landmine Action, one of the report’s editors. “The exemplary partnership between governments and civil society is a hallmark of this process.”

Charting the evolution of cluster munition policy in 150 countries, the report highlights dramatic changes experienced by major powers such as France and the UK. Banning Cluster Munitions also spotlights difficult issues from the treaty’s development and negotiation that are likely to remain contentious in the implementation of the Convention such as joint military operations among treaty signatories and non-signatories that reserve the right to use cluster munitions.

More than three dozen governments provided information for Banning Cluster Munitions, but there is still a dearth of official information available on cluster munition policy and practice. The great majority of governments that have produced, stockpiled and/or exported the weapon have provided no official details on those activities.

“The Convention should help increase the information available on cluster munitions, but all governments need to be as open and transparent as possible about cluster munitions so that we can address the humanitarian dangers posed by these weapons,” said Jacqueline Hansen, Landmine Monitor’s Program Manager.

Banning Cluster Munitions was written by Human Rights Watch and Landmine Action, two NGOs that played central roles in the creation of the Convention on Cluster Munitions and serve as CMC co-chairs. The report was produced by Landmine Monitor, the civil society-based research and monitoring wing of the International Campaign to Ban Landmines.