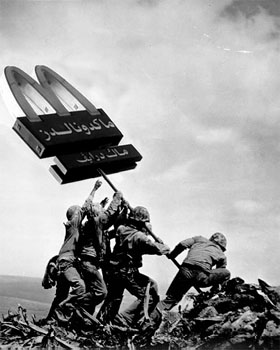 The geo-strategic expansion of the American empire is an accepted fact of contemporary history. I have been writing in these columns about the impact of the US occupation on the people of Iraq in the wake of the “hard” colonization via F-16s, tanks, 2,000-pound bombs, white phosphorous and cluster bombs.

Here I offer a brief glimpse into the less obvious but far more insidious phenomenon of “soft” colonization. That scholars and political thinkers have talked at length of such processes only establishes the uncomfortable reality that history is bound to repeat itself in all its ugliness, unless the human civilization makes a concerted effort to eliminate the use of brute force from human affairs.