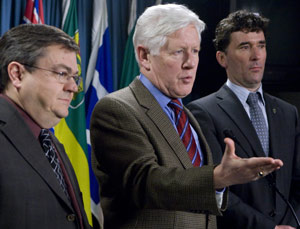 With Washington poised to shut down the Guantanamo Bay military prison, it’s in Canada’s best interest to bring terrorism suspect Omar Khadr back home to monitor his situation, a trio of opposition MPs said Wednesday.

The opposition call came shortly before one of Khadr’s lawyers and a group of Muslim leaders outlined a proposed reintegration plan for Khadr if he is returned to Canada.

Despite the plea, a spokesman for Prime Minister Stephen Harper reaffirmed there will be no change in policy regarding Khadr unless the U.S. changes its position and dismissed the plan as a “PR stunt and nothing more.”