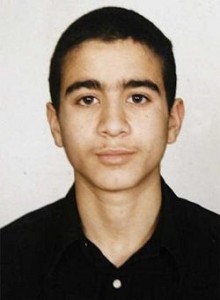 According to a statement by Lawyers’ Rights Watch Canada, issued Feb. 12, 2009, “Canada and the U.S. are duty bound to act immediately to ensure that Omar Khadr is released and repatriated, his rights are protected and violations of his rights are investigated and remedied, where appropriate, by criminal proceedings against the perpetrators.”

The statement continues: “Lawyers’ Rights Watch Canada is of the opinion that if Omar Khadr were afforded the full protection of established international rights to which everyone is entitled, the law would prevent both further prosecution and continued detention. Further prosecutions before a properly constituted court, in the U.S. or in Canada, would end in a stay of proceedings or a dismissal of charges because of the irremediable harm caused to Khadr by prolonged violation of his internationally protected rights. The reputed actions of U.S. officials to falsify (inculpatory) and withhold (exculpatory) evidence would also operate to prevent further prosecution and detention. While there is now no credible evidence of
wrongdoing by Khadr, proof of wrongdoing against him continues to increase.”