January is a critical month for U.S. war resisters living in Canada. Canadians have made it clear through polls, vigils, letters, petitions, rallies, and many other means, that they want American soldiers who refuse to participate in the Iraq war to be allowed to stay.

The House of Commons passed a motion in June 2008 calling for the government to stop deportation proceedings against war resisters and their families, and to allow war resisters to apply for permanent resident status in Canada.

Yet the current government is continuing to try to deport resisters. In January, there are five resisters facing deportation: 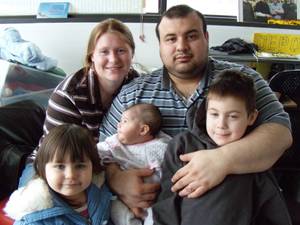 Immigration Minister Jason Kenney has made it clear that his government intends to go against the will of Parliament and the will of Canadians. He has stated that the refugee claims of war resisters are “bogus” and that he “has no sympathy for them.”

In response, people across the country are mobilizing as never before to stop the deportation of war resisters to the United States to face punishment for exercising their conscience.

Actions YOU can take to support war resisters

Please take a few minutes to show your support for the war resisters threatened with deportation.

Here are the numbers to call:

2) Email the Opposition Leaders and ask them to continue to speak out and work in support of war resisters.

The support of all three opposition parties has been critical in the campaign to let U.S. war resisters stay in Canada. Please email them and ask that they and their parties continue to be vocal and public on this issue at this critical juncture.