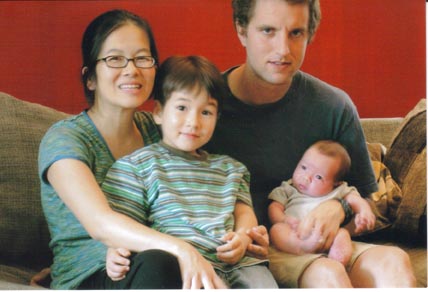 ON SEPTEMBER 17: Call Stephen Harper and Diane Finley. Insist that they stop the deportation of Jeremy Hinzman and his family.

In 8 days, US Iraq war resister Jeremy Hinzman, his wife Nga Nguyen and their two children face deportation from Canada to the United States. If deported, Jeremy faces a court-martial and imprisonment for his refusal to participate in the illegal and immoral Iraq war.

On July 15th, another US war resister – Robin Long – was deported by the Harper government to the US where he was sentenced to 15 months in jail. He also received a dishonourable discharge, the equivalent of a felony conviction.

Canadians have repeatedly expressed their support for Iraq war resisters. On June 3rd, a motion was adopted in the House of Commons in favour of allowing resisters to stay in Canada, and calling on the federal government to cease deportation proceedings. A recent poll by Angus Reid found that two-thirds of Canadians support letting US war resisters stay.

If you are unable to make a telephone call, please send an email to Stephen Harper and Diane Finley. Remind them that peace and the human rights of refugees are election issues.