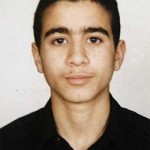 Omar Khadr has been detained without trial in Guantanamo Bay since he captured by the U.S. military in Afghanistan in 2002. At the time of his capture he was 15 years old. Omar Khadr is the youngest detainee and the only “Western citizen” still being held (Britain, France, Australia and others have all successfully had their citizens repatriated).

To this day, Canada has refused to seek extradition or repatriation despite the urgings of Amnesty International, UNICEF, the Canadian Bar Association and the urging of prominent Canadians including Senator Romeo Dallaire.

During these six years of his detention successive Liberal and Conservative governments have ignored Omar Khadr’s civil and legal rights. While the Government of the day has refused to recognize his rights, Canadian courts have seen otherwise. On May 23, 2008, the Supreme Court of Canada, in a unanimous decision, ruled that the Government had acted illegally, contravening Section 7 of the Charter of Rights and Freedoms, when it turned over information from the 2003 Guantanamo interrogations to U.S. military prosecutors. It also ordered the videotapes of the interrogation released.

The tapes of him being questioned by Canadian authorities in 2003, showing his wounds and asking for help, have sparked public outrage. There is justifiable anger that Canadian governments have been complicit in the “human rights scandal” (according to Amnesty International) that is Guantanamo Bay. The release of the videos has renewed demands from human and civil rights organizations that Omar Khadr be immediately repatriated to Canada.

It is time to stop the erosion of civil and human rights by governments in the name of combating terrorism. This includes Guantanamo Bay and other secret centres for detention and torture, the use of “no fly lists,” racial profiling of immigrants, and detention without trial of immigrants through the use of security certificates.

It is indefensible to use the existence of terrorism to undermine human rights, civil liberties and the rule of law on a national or international level.

The Canadian Government must actively demand the repatriation of Omar Khadr. He has been shot twice in the back, blinded in one eye, tortured, and imprisoned under laws passed by the United States which contravene international law. There is credible evidence that the “evidence” against him was fabricated. He has suffered enough. Bring him home. 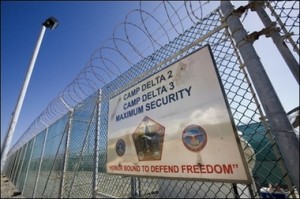 At the international level Canada must demand that the rule of law prevail and that Guantanamo Bay be closed and those held there returned to their countries.

The Toronto Coalition to Stop the War, the Canadian Arab Federation, Muslim Unity Group, Canadian Peace Alliance and the Council of Canadians have called for a rally and march on July 26 to tell Stephen Harper: “Bring Omar Khadr back to Canada!” Anti-war groups in Vancouver, Toronto, Ottawa and Montreal are holding demonstrations on that day. More information.

If you are unable to organize an event (or even if you do), don’t forget to write your MP and the Prime Minister. You can get their addresses here.