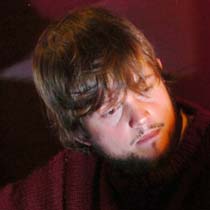 OTTAWA – A Canadian court has sided for the first time with a military deserter who fled to Canada seeking refugee status, ruling Friday that the U.S. soldier witnessed enough human rights abuses during a stint in Iraq that he could qualify for asylum.

The decision also marked the first time that the Federal Court, which has heard a handful of cases involving deserters, concluded that military action against civilians in Iraq violates the 1949 Geneva Convention, an international prohibition against humiliating and degrading treatment.

Federal Court Justice Richard Barnes ordered the Immigration and Refugee Board to reconsider the failed refugee claim of Joshua Key, a soldier who entered Canada with his wife, Brandi, and their small children in March 2005.

In an extremely important decision released on Friday, July 4th, the Federal Court has ruled that the Immigration and Refugee Board (IRB) made mistakes in turning down war resister Joshua Key’s asylum claim and must relook at his case. The Federal Court decision disagreed with the IRB’s view that Key had to have been forced to systematically commit war crimes in order to have a legitimate refugee claim.

In light of this new ruling, it is more critical than ever that the Minister of Immigration, Diane Finley, immediately cease any removal proceedings already underway against U.S. Iraq war resisters. Canadian people and the Canadian Parliament have come down solidly on the side of the war resisters and want them to be allowed to obtain permanent resident status in Canada. This decision reinforces the need for the Minister to act quickly and implement a provision to allow US war resisters to stay in Canada.