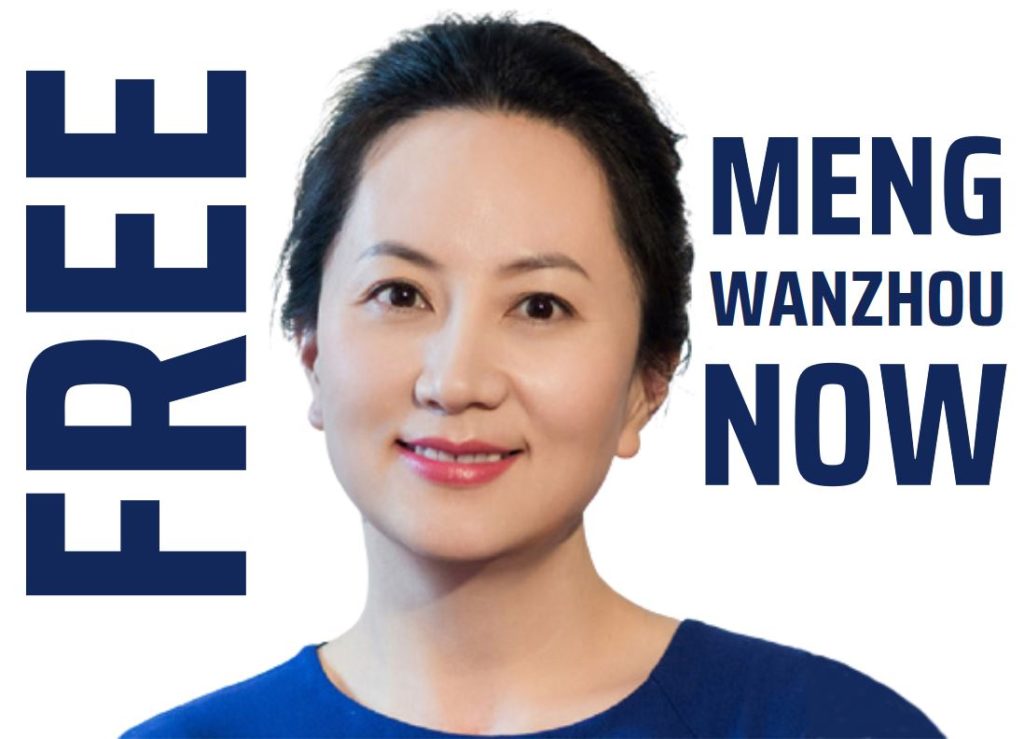 On December 1, 2019 Canada arrested the Chief Financial Officer of Huawei, Meng Wanzhou, at the request of U.S. authorities, under the provisions of the extradition treaty between Canada and the U.S. From the outset the detention of Meng Wanzhou has been a case of political detention, organized by the U.S. and facilitated by Canada, of an important figure in the People’s Republic of China.

The arrest placed Canada squarely in the centre of growing U.S. moves to restrict China’s rise as a country of influence on the international stage. U.S actions have been to paint this influence as dangerous but, like much of U.S. foreign policy, is based on creating a narrative to suit its own aims and objectives.

Within weeks of her arrest President Trump opined that her freedom or continued detention would be a “bargaining chip” in coming trade negotiations with China.

If Canadian politicians need a lesson on the application of expediency to extradition treaties they need look no further than the U.S. The U.S. declined the United Kingdom’s request to extradite Anne Sacoolas, the wife of an American diplomat, who was charged with causing the death of British teenager Harry Dunn in August 2019 by dangerous driving.

In October the court proceedings against Meng Wanzhou heard two telling condemnations of the actions by Canadian and U.S. officials at the time of her arrest: 1) that the U.S. omitted key elements of the case that undermine the allegations of bank fraud of which she is accused and 2) that the Canadian Border Security Agency, the RCMP and the FBI mounted a covert investigation in the three hours of questioning before her arrest. None of this has changed the position of the Canadian government with respect to the legitimacy or necessity to proceed with possible extradition.

The actions of the Canadian government beginning on December 1 and continuing to this day have had severe implications for Canada/China relations. If Canada thought it could escape a tit for tat response from China it was mistaken. China has reacted with measures against the importation of Canadian goods and the arrest of two Canadians on charges of spying. Such is the fallout of the “cold war politics” that Canada has embraced. Despite appeals to allies there has been no significant international support for Canada.

The only ones who find something positive in the current situation are the new “cold warriors” who see opportunity to undermine any possibility of normal relations between Canada and China. We have seen this employed against other countries such as Cuba, Venezuela, Russia and Iran. Their intent goes further and it is to foster conditions for intervention and aggression.

There has been a growing opinion that the Canadian government must recognize its case against Meng Wanzhou is wrong and end the proceedings. It is wrong for Canada to seize a person of international stature to suit the political needs of Donald Trump, Mike Pompeo and John Bolton. It is wrong for Canada to have foreign policy and international relations governed by the proponents of a new Cold War. Canada cannot hope the new U.S. President will get it out of this jam. Joe Biden has indicated he intends to ramp up the pressure on China and will be calling on its allies to assist.

Peace Alliance Winnipeg supports the national day of action organized to call for the release of Meng Wanzhou.

← Organizations call on Canada to sign the UN Treaty on the Prohibition of Nuclear Weapons
Say “No” to the Latest U.S. Aggression Against Cuba! →