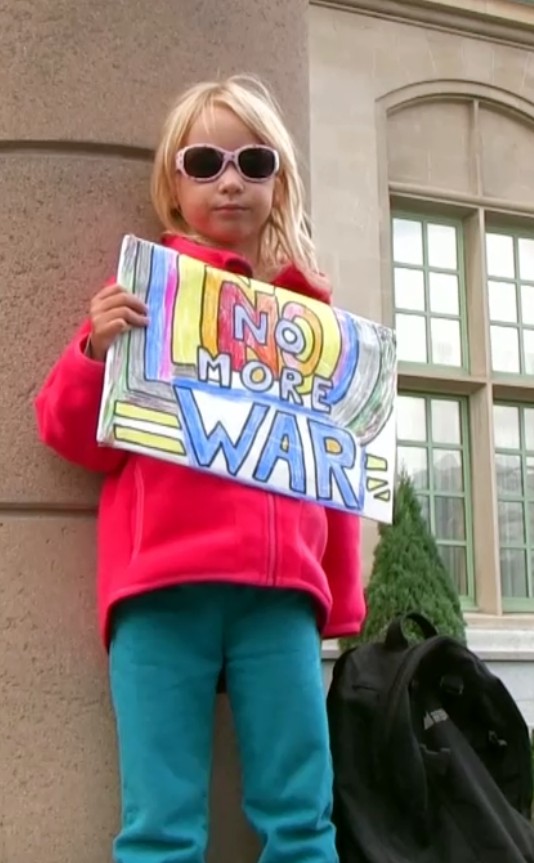 Winnipeg, Sept. 12, 2013 – A few members of Peace Alliance Winnipeg picketed and handed out leaflets in front of the Fort Garry Hotel in Winnipeg. Inside the hotel, former Foreign Affairs Minister Lloyd Axworthy was a featured speaker at a Canadian Red Cross seminar entitled “Perspectives on International Humanitarian Law.” Axworthy has been actively promoting military intervention in Syria. PAW Chair, Glenn Michalchuk, explains why this is objectionable.

← Winning the war on war
Syria: No time for complacency →