To: The Right Honourable Justin Trudeau, P.C., M.P. and Mr. Jagmeet Singh,House of CommonsOttawa, ONK1A 0A6 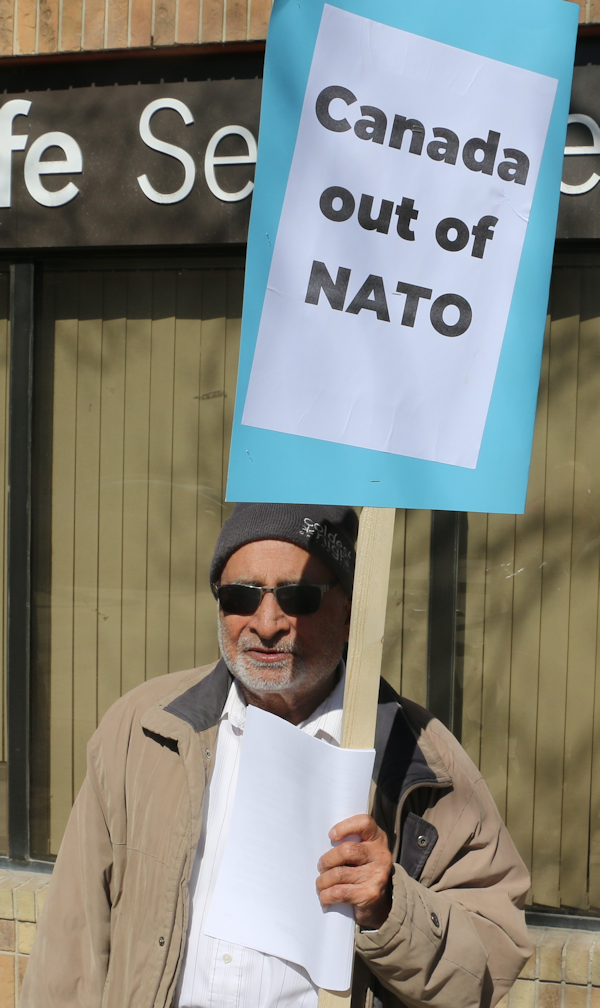 We write to you as a coalition of women’s, peace, labour, and civil society organizations who are united in our rejection of proposed increases to Canada’s military spending toward NATO’s 2% of GDP target.

Over the past two years, the COVID-19 pandemic has taken a detrimental human, social, and economic toll across the world – over 6,000,000 people have died from the virus worldwide, unpaid care work done family and community members, but overwhelmingly by women and girls has substantially increased, and billions remain without equitable access to lifesaving vaccines. In Canada, the resilience of our country’s social, healthcare, and economic systems is being tested as we continue to endure the profound impacts of the pandemic – impacts that have been experienced most severely by our often-forgotten seniors, Black, Indigenous, and other racialized communities, people with disabilities, those living in or close to poverty, migrants and newcomers, women, and not least our frontline and healthcare workers.

2022 is a pivotal year where concerted action must be taken to address the compounding crises of pandemics, climate change, conflict, and poverty in order to “build back better”. Regrettably, however, countries around the world, including Canada, are choosing to divert vital resources away from social expenditure towards military spending. Global military spending ballooned to over $1.98 Trillion USD in 2020, despite the fact that most countries experienced severe economic downturns due to the pandemic – Canada spent over $23 Billion CAD on the military during this time. It is unacceptable that people’s health and well-being are being sidelined in favour of the global arms race.

We are calling on our Canadian Government to freeze military spending in the 2022 Budget and instead expand the country’s social safety net by providing the robust funds necessary for shoring up the country’s healthcare, environmental, and public assistance programs. Funding for social programs is desperately needed to meet the challenges posed by the COVID-19 pandemic and the climate emergency. Expanded funding for dental care, mental health care, pharmacare, child care, affordable housing, decent work, income support and ensuring a just transition to address the climate emergency must be prioritized to ensure an equitable recovery for everyone in Canada and should not be marginalized to accommodate increased defence expenditure.

Canada should not participate in the militaristic feedback mechanism that requires governments to increase defence spending only because others are doing so. This feedback mechanism only sustains deadly and destabilizing arms races – a colossal waste of resources that could be used far more wisely on social expenditure. Arms races throughout history often yield the same outcome: deadly and destructive conflicts.

We implore the Government of Canada to pursue sustainable development, improved social programming, and peace by substantially reducing or at the very least freezing military expenditure in Budget 2022.