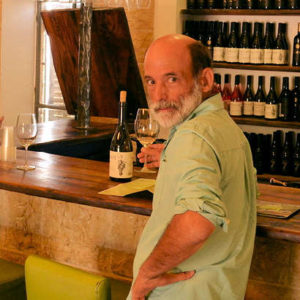 Freedom of expression and speech, two rights guaranteed to Canadians in their Canadian Charter of Rights and Freedoms, were at the centre of a recent Federal Court decision this past summer [2019] when a judge ruled that wines produced in illegal Israeli settlements and sold in Canadian liquor stores could no longer be labelled Product of Israel.

“When I found out I was in France, I got an email from Dimitri [Dimitri Lascaris, Kattenburg’s lawyer], saying “hey brother, judgement day is here, the court is going to issue it’s ruling in 24 hours. So I had 24 hours to stress about it but I was going we are going to lose, we are going to lose and then the ruling came out, it landed in my mailbox and we won, it’s amazing,” said University of Manitoba professor and activist David Kattenburg, when he learned that the Federal Court of Canada had ruled that wines labelled Made in Israel but which were in fact produced in illegal Israeli settlements in the West Bank, must be changed:

Kattenburg, a member of Independent Jewish Voices [IJV] and self-described wine lover, challenged Product of Israel labels on wines in an Ontario liquor store and won in the Federal Court of Canada.

“This enraged me because what this essentially amounted to and does amount to, is an Israeli claim of sovereignty over settlements and over the lands the settlements sit on, on Canadian store shelves,” Kattenburg said, when asked why he chose to challenge the labels.

He went to add that there are consumers who choose to avoid a settlement wine because settlements constitute a serious violation of international law and constitute a war crime and they don’t want to be seen as supporting war crimes.

“Wouldn’t you want to know that the car you are buying on the car lot is a stolen car?”, he said. “So it’s simply a matter of free choice.”

The case began in 2017 when Kattenburg filed a formal complaint to the Canadian Food Inspection Agency [CFIA]. The organization ended up agreeing with Kattenburg’s analysis that the labels were wrong.

Yet the CFIA quickly did an about face [within 24 hours after its decision] and “flip-flopped”, when Global Affairs Canada [GAC] got involved. GAC had received complaints from a number of pro-Israel organizations, including B’nai Brith Canada and CIJA [Centre for Israeli and Jewish Affairs] about the CFIA ruling. The Israeli government also informed its embassy in Ottawa about the CFIA decision in Kattenburg’s favour.

The rationale behind the CFIA flip flop, Kattenburg explained, was that he and his legal team didn’t adequately consider the Canada Israel Free Trade Agreement [CIFTA] and under CIFTA the Product of Israel labelling was okay. But, he said, that is actually false, because the customs area under CIFTA does not include the settlements.

“There was intense political pressure right up and down the hierarchy right up to the PM’s office and they suddenly flip flopped.”

After the CFIA reversed its decision, Kattenburg and his lawyer [Dimitri Lascaris] took their case to the Federal Court of Canada for a judicial review and won.

“So I think this is huge. The judge said Canadians have the right to boycott products based on their political conscience,” he said.

Independent Jewish Voices [IJV] was also an intervener on the case. IJV’s lawyer argued that the Canadian Charter of Rights and Freedoms also applied in this case. The Charter provides for the right to free speech and also freedom of expression and consumer choices are a form of expression. The judge accepted IJV’s argument that truthful information [for example in the form of labelling] is essential for the exercise of free speech.

Kattenburg said he thinks the court ruling will be far reaching, specifically impacting the status of illegal West Bank settlements.

Since its decision came down the Federal Court of Canada has instructed the CFIA to come up with new labels for settlement wines. The federal government has appealed the decision. Kattenburg and his lawyer have until February or March 2020 to respond to the appeal.

A similar article by this author was published in the Washington Report on Middle Eastern Affairs.