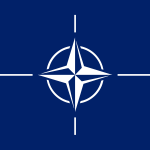 NATO was established on April 4th 1949. This is its 60th year of existence and the values which created it 60 years ago have been expanded so that today NATO’s reach and domination is that of a global political and military alliance.

Canada played a significant role in the formation of NATO and, in particular, the concept that NATO should be a political, economic and military alliance of its constituent members Articles 2 and 4 of the NATO charter, which lay out this mandate, were key contributions by Canada at the time of NATO’s founding.

NATO’s formation just five years after the end of the Second World War signaled the beginning of 40 years of military tension between the countries of the NATO alliance and the Soviet Union. The Warsaw Pact was formed in 1955 after the Soviet Union’s request to join NATO as a way of preserving peace in Europe was rejected.

The Cold War was NATO’s raison d’etre for coming into being and its existence for most of its history. It was based on the premise that western democracies (and their values) faced an imminent threat to their existence — a concept that has been resurrected by the proponents of the “war on terror.”

NATO is both a military and a political partnership that impacts a member country’s foreign policy and integrates it militarily into the NATO decision making structure.

Canada tested Cruise missiles in the 1990s as part of its commitment to NATO.

Mutual assistance and defense in the face of aggression is one of the fundamental tenets of the NATO charter. NATO membership obliges all countries to come to the aid and assistance of any member country that is attacked. Georgia could have requested NATO (and thereby Canadian) assistance had Georgia been a full member of NATO in August 2008 when war between Georgia and Russia broke out.

Canada participated in the war in Yugoslavia in 1999 as part of its NATO commitments. NATO undertook the bombing of Yugoslavia without authorization from the United Nations Security Council, in defiance of its own charter and Canadian forces were engaged without decision by Parliament.

The Kosovo engagement marked a turning point in NATO policy and signaled its new role as a military force to intervene beyond a defensive role and to carry out political decisions independent of its member states and their representative assemblies.

Afghanistan became the second NATO war in August 2003 when it took over the command of the International Security Assistance Force. Canada’s military operations in the south of Afghanistan have been as part of a NATO led force.

In 2011, NATO undertook military intervention in Libya ostensibly to implement UN Security Council resolution 1973 which called for an immediate ceasefire in Libya, tightened sanctions and a no-fly zone. A NATO document describes it this way; “…NATO answered the United Nations call to the international community to protect the Libyan people”. The resolution was implemented with the firing of 110 Tomahawk cruise missiles, and air attacks by the British, Canadian and French air forces. The Canadian operation was named Operation Mobile. Russia and China which had agreed to the resolution found themselves watching a NATO led operation for regime change.

The first post-Cold War expansion of NATO came in 1990 when the former Democratic Republic of Germany became part of the alliance with the re-unification of Germany.

In 2004 Estonia, Latvia, Lithuanian, Slovenia, Slovakia, Bulgaria and Romania received membership in NATO. In April 2008 Croatia and Albania took the first step to admission as full NATO members. On January 14, 2009 Canada ratified the Accession Protocol for Albania and Croatia.

The 2008 Communique from the NATO summit in Bucharest named the Ukraine and Georgia as the next members of NATO.

In August 2008 Russia announced it was suspending ties with NATO.

NATO now has global connections and partnerships, and some strategists propose to develop it into a “global alliance of democracies”. This global alliance is being proposed as an alternative to the perceived shortcomings of the UN and NATO would be its armed force to implement policy.

NATO has co-operation arrangements with 24 “partner countries” and relations with the “contact countries” Australia, New Zealand, South Korea and Japan.

NATO is also courting India, a potential key partner of NATO against China. NATO’s Mediterranean Dialogue (since 1995 with six countries – Egypt, Israel, Jordan, Mauritania, Morocco and Tunisia. Algeria joined in 2000) and the Istanbul Cooperation Initiative ICI (since 2004) are aimed at expanding NATO’s influence into the Gulf region, with Bahrain, Qatar, Kuwait and the United Arab Emirates being formally part of ICI, and Saudia Arabia and Oman “showing great interest.”

NATO has emerged as a broad military alliance that is integrating the foreign policy and decision making of its member countries into its own policy, strategy and military decisions. History has shown that the dangers posed to peace and international security come precisely from the military alliances of various powers and the striving to dominate the world through such alliances. NATO is such an alliance.