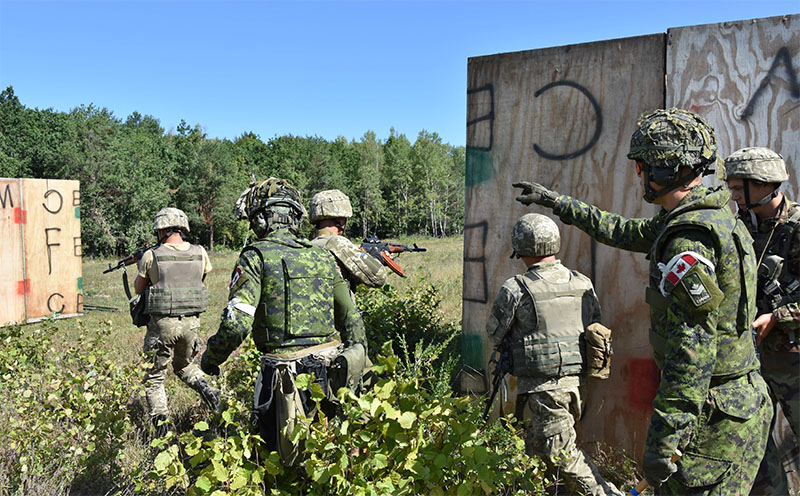 Canada’s military mission to Ukraine expires in March. For several reasons, it shouldn’t be renewed.

First, the present Ukrainian government, installed in a coup orchestrated by Washington, isn’t worthy of our support. According to the BBC, former U.S. Assistant Secretary of State Victoria Nuland admitted that the U.S. spent $5 billion over a number of years to instigate regime change in Ukraine.

(1) She overthrew the democratically-elected Yanukovich government in 2014 which had less than one year remaining in its term of office and was trying to deal with competing pressures to take a financial bailout from either Russia, on the one hand, or the European Union, on the other.

(2) On Feb. 21, 2014, Yanukovich secured an agreement with European Union officials on EU economic assistance, sharing of power in Ukraine, and moving up Ukrainian elections.

(3) The agreement was not good enough for U.S. Senator John McCain and other key Democratic U.S. policy-makers. After violent street protests, the U.S. installed a pro-Western junta, headed by billionaire Poroshenko. According to the CBC, the Harper government allowed the Canadian embassy in Kyiv to shelter the violent street protesters for one week and one embassy staffer to use an embassy vehicle (later burned) to take part in the protests.

(4) In other words, Canadian taxpayers supported U.S. regime-change in Ukraine.

Second, the agents of regime change recruited by Nuland were none other than gangs of thugs from several fascist parties, remnants of the very same Ukrainian fascists allied to Hitler in the Second World War. They fought soldiers and police in the main squares of Kyiv and other cities. Poroshenko’s coup government has the dubious distinction of being the only government in Europe with fascists in cabinet, several holding key security posts. Canadian veterans might be surprised to learn that the Trudeau government is considering renewing Canada’s military mission to a country with the same fascists in government that they fought in the Second World War.

Third, the Ukrainian junta immediately implemented divisive policies, such as banning the use of the Russian language and some of the country’s most popular political parties. It seems logical that Crimea would have been less likely to have voted overwhelmingly to leave Ukraine and rejoin Russia, and eastern Russian-speaking regions of Ukraine would have been much more hesitant to seek independence if a more moderate and tolerant government took office following constitutional procedures. War and economic decline could have been avoided as well. Ukraine, a former Soviet republic (and a province of Czarist Russia for the previous 200 years) could have sought peaceful relations and constructive economic engagement with both East and West and particularly the booming economic “silk road” trade deals with China. Instead, seeking EU and NATO membership, while implementing draconian austerity policies, have only brought Ukraine to the point of economic and social collapse.

A fourth reason is the reaction of the Ukrainian government to the brutal Odessa massacre of May 2, 2014. On that day, over 40 peaceful anti-government protesters were killed and some 200 injured when pro-government thugs set fire to the Trade Union House in which they had taken shelter. This incident has not been properly investigated and no culprits arrested or punished.

Finally, contrary to the promises made to the last Soviet president, Mikhail Gorbachev, NATO expansion continued to the east, along with a continuing military buildup, missile installations, and war games right up to Russia’s borders. It’s completely understandable why Russians feel encircled by NATO, especially now with the possibility of Ukrainian membership. We should remember that Russia was invaded twice in the 20th century from the West, costing tens of millions of Russian lives and huge devastation. A major war, possibly a third world war, could develop from aggressive NATO expansion along the Russian frontier. Placing Canadian soldiers there makes no sense at all.

It’s time that the Trudeau government broke with aggressive Harper-era policies and dealt fairly and diplomatically with the Russian Federation. For this reason, it would be far wiser for the Trudeau government not to extend the military mission to Ukraine and to pull its troops and equipment out of all the frontier states with Russia. Indeed, Canadians would benefit from cutting ties with NATO altogether and pursuing instead a peaceful, humane, and independent foreign policy.

David Rennie writes on behalf of the Hamilton Coalition to Stop the War.