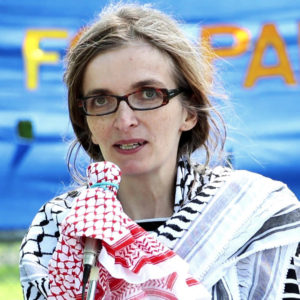 In so many ways children are the greatest victims of Israel’s occupation of Palestine. We know Israel deliberately targets children, whether it’s sniper attacks in the West Bank that kill kids on their way to school, or Israel’s deliberate assaults on UN schools in the Gaza Strip during Operation Protective Edge (where many children were taking shelter). Israel is determined to undermine Palestine’s youth, which represents its future.

Today I will be talking about the direct role Israel’s occupation plays in the destruction of Palestinian education.

The most obvious example of Israel’s attack on children’s education is the actual physical destruction and demolition of schools. During Israel’s 2014 illegal invasion of the Gaza Strip, Israel killed over 500 children and destroyed 83 schools. Of those schools, 22 were UNRWA schools. Operation Protective Edge attacks also damaged another 118 schools. At the time these schools were well-marked; Israel had their coordinates and Human Rights Watch has said they were deliberately targeted.

In Gaza alone, UNRWA is responsible for educating 240,000 students. Israel’s direct attack on these schools is clearly an attack on children and the UN’s ability to provide schooling. In total, the UNRWA operates 692 schools for Palestinian refugees, nearly half of which are inoperable because of violence in the past years. Moreover, many of the schools damaged in Operation Protective Edge have yet to reopen, and the ones that have told months to rebuild.

Clearly if children do not have schools to attend they will fall behind in their education. In fact, 300 UN schools in the Middle East that serve Palestinians have been attacked or shut down in the past five years.

Israel has also damaged schools donated by European governments in the Negev for Bedouin school children. The result of such school demolitions is children are taught outside in the open air.

I also interpret Israel’s regular attacks on the Gaza Flotilla, the international ship that delivers humanitarian aid to Palestinians, including school supplies and books for children, as a direct attack on children’s education.

Another example of Israel’s assaults on Palestinian education are the daily assaults children may experience when they physically attempt to go to school. In the West Bank, where there are over 500 checkpoints, parents do not know if their children will come home alive or if they will be killed in a sniper attack or be detained at a checkpoint. Soldiers also throw children’s school books on the ground.

Moreover, settlers often harass small children on their way to school. In Hebron, which is known for its extremist settler population that has taken over the town, Palestinians are forced to walk on one side of the street and Israelis on the other. In Hebron soldiers shoot into school areas.

Meanwhile, in the Gaza Strip, Israel also restricts the flow of school materials that reach children as part of its ongoing blockade of the Strip.

Other physical barriers include road blocks in Palestinian neighbourhoods, as well as giant boulders that Israel has begun to place there to prevent Palestinians just from being able to go about their daily lives in their communities, whether it’s going to work, the doctor, or of course children going to school.

Palestinian children may also have to travel greater distance than their Jewish peers to get to school because of a ban on the construction of schools in certain Palestinian towns.

The fact that Israel regularly arrests and detains young children, sometimes for months at a time, leads to great psychological trauma for children. This means that even once they are released they may have trouble concentrating and may end up dropping out of school altogether. Children’s trauma may mean their lost education takes years to regain.

As well, most Palestinian children do not have access to important childhood programs to begin with. Schools are often overcrowded and teachers may not have adequate training.

UN on Discrimination in Education

The UN Committee on the Elimination of Racial Discrimination points out that Israel maintains two separate education systems for its citizens, one for Jewish children and another for the children of the Palestinian minority, a structure that reinforces the segregation of Israeli society.

Another way that Israel undermines a separate and unequal education system for Palestinians is through cuts to its Christian schools, where many Palestinian families send their children because they are considered better than the Arab sector schools.

About 25% of school children in Israel are Palestinian. Many of the Christian schools were established by Christian orders over 100 years ago, before the creation on Israel and under international law Israel must recognize the protected status of schools that existed before Israel’s creation. They are in fact the only independent schools that cater to Israel’s community of 1.5 million Palestinians.

The church schools have accused the Israeli government of discrimination.

Palestinian families in Israel often send their kids to the church schools because they teach the history of the Nakba and also provide Palestinian cultural education, including lessons on national Palestinian education and Palestinian rights as citizens. Children also perform better in these schools than in the Arab state schools. In fact, Israel’s Christian schools are some of the highest achieving institutions.

In contrast, in the Arab state schools, Jewish officials appoint the principals, vet teachers, and dictate curriculum. They also don’t teach the Nakba. The lessons are Israeli in content and promote Israeli politics, culture and identity.

Israel recently announced that 47 of the Christian schools would have their state subsidies cut. Previously the church schools received 60-75% of their funds from the Israeli government; the rest was covered through fundraising and tuition. Now because of the cuts they will only receive 45%. It is interesting to note that the current Israeli Education Minister is the leader of a settler party.

Parents have also been told that they are not allowed to make up the shortfall for the costs and are also not allowed to raise funds for the schools. Higher tuition fees may also be a hardship for families that are already economically disadvantaged.

Arab Knesset members have said it is important to improve the quality of the Arab education sectors, saying the education system in Israel advances Zionist values of Israel as a Jewish and democratic state and promotes Jewish culture and heritage. Palestinian leaders argue the church schools, which educate both Christians and Muslims, are the only hope for families trying to escape the dire conditions in a government run education system for Arab citizens.

There are also major funding gaps between Arab and Jewish pupils in state schools in Israel. For example, Jewish pupils receive on average $1100 each compared to $192 that each Arab pupil receives in the Arab schools. The Arab education sector in Israel also has a shortage of classrooms and teachers, while Jewish schools have twice as many computers.

Israeli universities also fail Palestinian students. Palestinian students often fall short on matriculation or psychometric exams because again they focus on Jewish school curriculum. A recent study by the Association for Advancement of Civic Equity found the higher you go in the education system, the lower the number of Palestinian students. In 2012, according to the Israeli Council for Higher Education. Palestinians made up only 11% of Bachelor degree students in Palestine.

A sociologist, Majid-al Haj, at the University of Haifa, has said Israeli universities fail Palestinian students. Students may feel alienated in an academic environment that resists integration and seems designed to affirm rather than challenge discrimination.

Palestinian students are filtered out of the education system at a higher rate than Jewish students. Clearly, if students are denied access to kindergarten, for example, they will do less well in elementary school and students in high schools that are falling apart may be funneled into work as carpenters or mechanics, rather than doctors, lawyers or professors.

Palestinians in the West Bank in East Jerusalem are protected by the Fourth Geneva Convention, which states “the Occupying Power shall, with the cooperation of the national and local authorities, facilitate the proper working of all institutions devoted to the care and education of children.”

Clearly, Israel has not fulfilled its obligation under the Geneva Convention and literally defunds education. In fact, it attacks these very institutions and demolishes schools.

However, I want to end on a positive note. This past March a Palestinian teacher who was raised in a Bethlehem refugee camp was awarded a one million dollar teaching award by Dubai’s ruler, who is also the Prime Minister of the UAE. 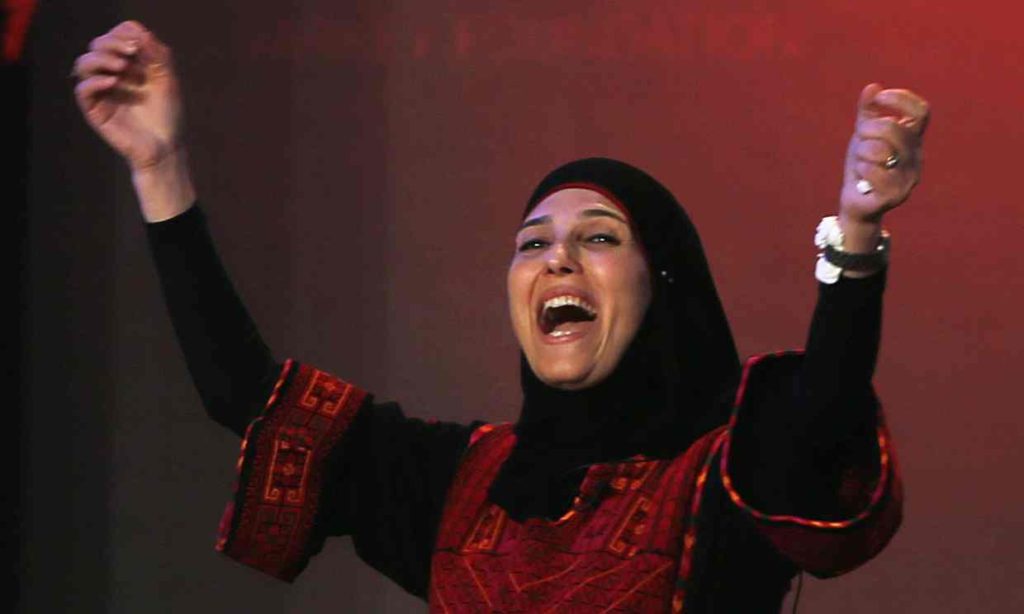 The award was set up to recognize one outstanding teacher who has made an exceptional contribution to the profession. Teacher Hanan al-Hroub used her childhood experiences to develop a teacher technique that focused on play as a learning tool and shunned violence.

Hroub has encouraged her colleagues to review the way they teach, their classroom management strategies and the methods they use to curb violence in school.

She hopes that through education eventually there will be an elimination of violence altogether.

This is a woman who grew up as refugee and lived under Israeli occupation only to make a lasting difference for Palestinians.