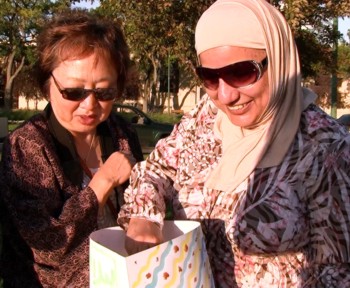 Annually, citizens of Winnipeg commemorate the suffering and the deaths of the citizens of Hiroshima and Nagasaki caused by the atomic bombing of those cities in Aug. 6 and 9, 1945 respectively.

Lanterns for Peace is sponsored by the Manitoba Japanese Canadian Citizens Association, Project Peacemakers and Peace Alliance Winnipeg. Speakers at this year’s observance were: