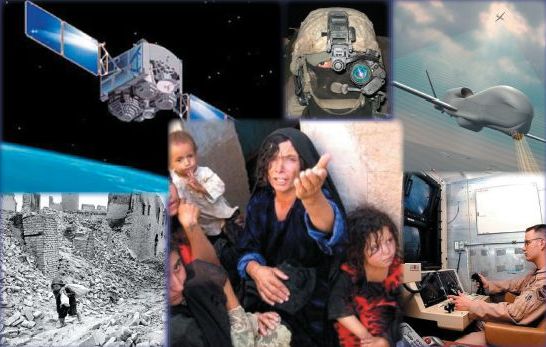 Modern warfare, such as the U.S. occupation of Afghanistan and attacks on Pakistan, uses Unmanned Aerial Vehicles (UAVs) and GPS-guided bombs. Directed by space satellites, and remotely controlled far from the battlefield, these weapons are responsible for massive civilian casualties.

In the 2003 “shock and awe” attack on Iraq, 70% of the weapons used by the Pentagon were directed to their targets by space technology. Our children are being trained through video games today to be the remote killers of tomorrow. Death at a distance is still blood on our hands.

We in the Global Network say it’s time to open our eyes and STOP the military’s use of space for war on Earth. It is time to preserve space for peace and to end war.