American troops were not welcomed with flowers in Iraq but their departure from cities and towns has been.

Iraqis celebrated National Sovereignty Day Tuesday as U.S. troops were yanked out of populated centres and put into remote bases.

In time, even that hidden presence will begin to grate on the Iraqis, just as a U.S. military base in Saudi Arabia had spurred Osama bin Laden and others.

Yet this limited troop pullout is being hailed as a triumph. One is reminded of Richard Nixon’s 1973 boast of “peace with honour” in Vietnam. The 1973 Paris treaty that led to the U.S. troop withdrawal was a face-saving formula.

In Iraq, too, the U.S. has little choice but to get out.

Not only did the Iraqi invasion and occupation prove the limits of military power, it also exposed how incapable America has become at nation-building. Its postwar incompetence was stunning. 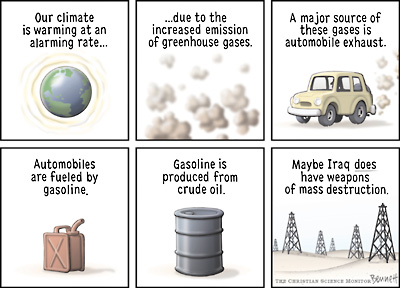