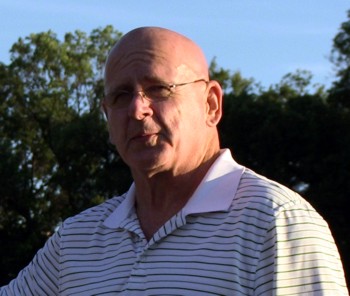 August 6, 2012 was important for me – my father’s 93rd birthday and the 67th anniversary of the Atomic Bombing of Hiroshima. I was fortunate to be asked to provide the music for the Winnipeg Peace Alliance – ‘Hiroshima Day’ ceremonies and thus have spent the last month preparing appropriate music for that event.

But most fortunately I have had a month in which I focused on the Hiroshima tragedy, War, and the state of the world six decades after my father was maimed in WWII. After this intense month rehearsing music that is appropriate for such an austere occasion, but also, hopefully, uplifting and celebratory of the good in humanity, I have come to some realizations about myself, my country, humanity and our planet

I begin, with my childhood. I grew up in Montreal in War Veterans housing. I was surrounded by men in wheelchairs, and almost every one of my ‘grandfathers’ and ‘uncles’ was missing an arm, a leg or more. I was taught chess by a gentleman in a wheelchair, learned to play crib from a man with only one hand who could shuffle and deal better than most; my bike seat was supported, until I got up to speed, by a father who ran with a decided galumph because his prosthetic limb, rather crude by today standards, made his gait recognizable from a half mile away… very convenient for a tiny child watching for his father to arrive home from work! I drove to the country in the front seat with my ‘grandfather’ and sat where his left leg would have been, and played drums on his right leg that was 90% metal tubing….cozy and safe!

AND, of course, I had no idea that these were not normal and everyday people. Sure I knew they were War Vets, but as yet I had no idea what that really meant. Needless to say, they also had demons, called PTSD today, that I as a child was totally unaware of. Sure some were ‘grumpy’ from time to time or even a bit drunk, but again, I had no idea of the realities they had survived and the hopes for a better world I represented to them. As Canada was going through the golden age following ‘the war’ I was unaware that I was one of the very fortunate few who would grow up with at least some appreciation of “the costs” of war, but that realization would take decades develop.

My Dad, a War Amp. was a Sargent and after the war continued to look after his platoon family, the other survivors, their wives and families and widows. One family, The Bu….s ,were often visited as they had sons the same age as me. Still my conception of war was sanitized by those adults and the Hollywood version was the best understanding I had. I loved military parades and music!

Then, in high school, my first awakening. My Dad’s great friend Mr B. was planning a ‘send-off party’ for one of his older sons who had joined the American Army and was shipping out to Vietnam. My, not very much older but entirely more mature sister, discussed war, and the Vietnam war with me and convinced me to decline to attend that party. For the first time in my life I started to connect the dots. Only months later when my Dad was called to accompany Mr. B. to “identify the remains” of his beloved son did I truly start to see reality.

I thought I’d become an adult and understood ‘things’. I became a conscious pacifist and anti-war, anti-militarist. But I was young, full of my studies and young life and really did not understand the full weight of my childhood experiences. It is one thing to be ‘anti-war’; it is an entirely different thing to understand the politics and history that has made war such a huge part of our culture our economy, and so-called civilization.

It was during my university years that the gulf of understanding between my father and I began to grow. He clung, for whatever reasons, to the lies and myths he’d been fed as a young recruit. He probably needed to cling to those myths so that he would not be overwhelmed by the reality that he and all his buddies were nothing more than insignificant disposable ‘implements of war’. He and his fellow veterans who should have been respected , honoured, and valued, had to fight, no not the enemy this time, but the very government they had sacrificed their bodies (and friends lives) to sustain. Getting supports to cope with their horrific wounds and maimed bodies, and maimed dreams was unbelievably difficult. If he had not clung to those myths he might have seen the reality, he might have seen that Canada was not a peace loving country but that the love of peace was something that lived only in the hearts of himself and other ‘little’ Canadians, but not in the leadership of the country, who became progressively more and more pawns in the international machinations of warmongers, capitalists, and imperialists.

So many things have created a despair and embarrassment since those years but one event remains the point of no return, from whence I have become a non-believer, a realist, a despairing Canadian.

When thousands of Canadians marched for Peace before the Iraq war my belief in Canada, and Canadians, like a Phoenix, rose and soared. Then the reality: Chretien, a member of the Trudeau government that had so successfully sold the myth of a peace-keeping country separate from the U.S.A. sold Canada’s soul and my father’s generation’s sacrifices to the international war machine. Oh yes we would not join the war but instead deceptively, would replace American troops in Afghanistan. The old shell game on an national level, but not with peas; with the lives of Canadians and the international reputation of the country.

Canada was unceremoniously plunged into overt Puppet Statehood. The hypocrisy of our government’s rhetoric became a disgraceful reality.

Would that were our darkest moment, but not so!

Since then Canada’s government has become a disgrace to everything my father’s generation fought, hoped and prayed for. Today, as Harper continues to abuse our international reputation in places like Rio and Copenhagen, he is moving Canada in the direction of FASCISM the very ‘entity’ my father’s generation fought! Democracy is nothing but a shallow joke in a country where the voting population is blackmailed by “their” Prime Minister with the clear and transparent lie that The Economy (of international corporations) will save us from the impending global meltdown. These are dark times!

So after that moment of sanity and contemplation at the reflecting pond opposite The Legislature, I leave you with the truth. None of us truly understand ‘war’ and the consequences of war. None of us are valuable to The Economy, except in that we can be used to increase profits, and most unhappily: “our” government has been usurped. It governs not for us, not for peace, not for good and certainly not for a healthy peaceful future for our children.

My father fought for us. It is time we fought for our children and grandchildren! The enemy is within!