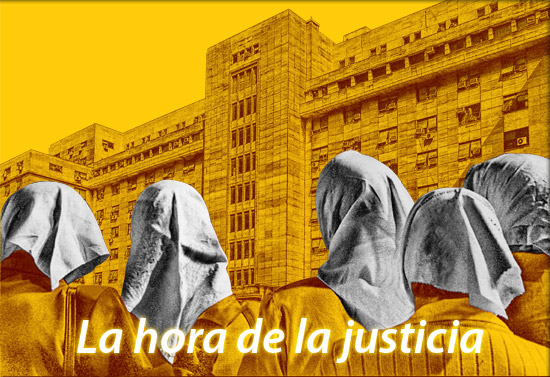 “Gitmo is going to remain open for the foreseeable future,” said an unnamed White House official to The Washington Post this week. For guidance on the notorious U.S. Navy base in Cuba, President Barack Obama should look to an old naval facility in Buenos Aires, Argentina.

When Ana Maria Careaga was 16 years old and pregnant, Argentine military thugs snatched her off the street, dragged her to a clandestine detention center and tortured her for four months. It was 1977, and a military dictatorship had just staged a coup in Argentina. Thirty thousand people were “disappeared” between 1976 and 1983 under the brutal junta. The junta enjoyed the enthusiastic support of Secretary of State Henry Kissinger, who is credited with authorizing a multigovernment terror network called “Operation Condor” that killed upward of 60,000 people across South America.

Decades later, Argentina has emerged from the dictatorship and risen from economic collapse as one of the new, progressive democracies of Latin America. Careaga, now 50 years old, is the director of the Instituto Espacio para la Memoria, the Institute of the Space for Memory, at the old Navy Mechanics School in the middle of Buenos Aires, where 5,000 prisoners were imprisoned, tortured and most later killed. The institute is committed to maintaining the memory of this dark chapter of Argentine history.

Ana feared she would lose her baby. Among the horrors she endured were repeated electric shocks with a cattle prod inside her vagina. While she was imprisoned, her mother, Esther Careaga, met with other mothers of children who had been disappeared. They gathered in the Plaza de Mayo, holding pictures of their missing children and walking in a circle to raise awareness, to protest and to gain international support against the violence and terror of the Argentine state.

After Ana was released and received political asylum in Switzerland, Esther Careaga did not stop marching in the Plaza de Mayo. I asked Ana why. She said: “When I was freed, my mother returned to the Mothers of the Plaza de Mayo. The others said, ‘Why are you here if you have already recovered your daughter?’ My mother said, ‘I will continue until all the disappeared appear, because all the disappeared are my children.’ ”