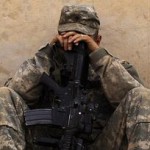 As usual, the Arabs knew. They knew all about the mass torture, the promiscuous shooting of civilians, the outrageous use of air power against family homes, the vicious American and British mercenaries, the cemeteries of the innocent dead. All of Iraq knew. Because they were the victims.

Only we could pretend we did not know. Only we in the West could counter every claim, every allegation against the Americans or British with some worthy general – the ghastly US military spokesman Mark Kimmitt and the awful chairman of the Joint Chiefs, Peter Pace, come to mind – to ring-fence us with lies. Find a man who’d been tortured and you’d be told it was terrorist propaganda; discover a house full of children killed by an American air strike and that, too, would be terrorist propaganda, or “collateral damage”, or a simple phrase: “We have nothing on that.”

Of course, we all knew they always did have something. And yesterday’s ocean of military memos proves it yet again.