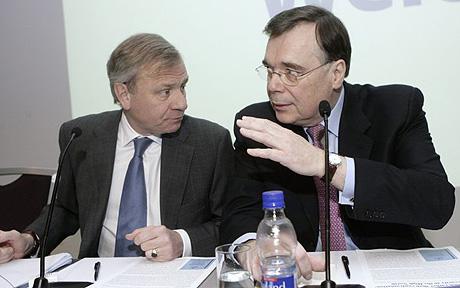 Since the beginning of the year the United States and NATO have repeatedly indicated in both word and deed their intention to lay claim to and extend their military presence in what they refer to as the High North: The Arctic Circle and the waters connecting with it, the Barents and the Norwegian Seas, as well as the Baltic.

Washington issued National Security Presidential Directive 66 on January 12, 2009 which includes the bellicose claim that “The United States has broad and fundamental national security interests in the Arctic region [which] include such matters as missile defense and early warning; deployment of sea and air systems for strategic sealift, strategic deterrence, maritime presence, and maritime security operations.” [1] Later in the same month the North Atlantic Treaty Organization [NATO] held a two-day Seminar on Security Prospects in the High North in the capital of Iceland attended by the bloc’s secretary general and its top military commanders.