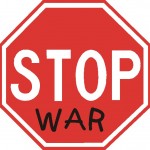 In just a few months, anti-war activists will mark the eighth anniversary of the launch of the U.S.-led “war on terror,” and the movement that emerged to counter it. Since 2001, Canada’s anti-war movement has accomplished a lot — including mass demonstrations in 2003 that helped stop the Chrétien Liberals from joining the war on Iraq. Today, however, the movement faces new challenges.

Anti-war sentiment is widespread across Canada. An Angus Reid survey on May 8 this year showed that fully 84 per cent believe that Canada’s mission should end. A majority of 51 per cent wants it to end before the 2011 end-date; 33 per cent want it to end in 2011.

These numbers are important, as they demonstrate just how far public opinion has shifted since the war began, particularly over the last few years.

Thanks to pressure from the anti-war movement, Canada’s New Democratic Party remains the only social democratic party in the West to oppose the Afghan mission, even though the party rarely campaigns on the issue. Almost every national union in Canada and Quebec now has policy calling for the troops to come home. At the 2008 convention of the Canadian Labour Congress (CLC), delegates passed a near unanimous resolution supporting the withdrawal of Canadian troops from Afghanistan. The Union of National Defence Employees (UNDE), which represents workers employed in the Department of National Defence, backed the resolution.

Military families have begun to speak out against the war, as the death toll of Canadian troops climbs well past 100. By early July, 124 Canadian soldiers and one Canadian diplomat had died in Afghanistan. Large numbers of returning soldiers now exhibit symptoms of Post-Traumatic Stress Disorder (PTSD).