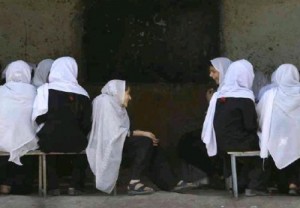 KABUL // They often stay in safehouses and they do not give their names to the media. Sometimes even their relatives have no idea what they do.

Life for members of the Revolutionary Association of the Women of Afghanistan (RAWA) has always been a struggle and, seven years after their country was declared liberated, it is still an uphill task.

“There is a kind of freedom, but the changes are just on the surface and they are not enough. We want changes at the base level and we are not very hopeful these will take place,” said one of the movement’s activists, who chose the pseudonym Neilab Esmat.

RAWA was founded in 1977 by a group of female Afghan intellectuals with the aim of building a government along democratic and secular lines. In the ensuing decades it has protested against foreign occupation and religious extremism, while carrying out such social work as running schools and medical services for refugees who fled to Pakistan.

RAWA has never been able to operate openly in this deeply conservative society. Its leader was assassinated in the late 1980s and members now believe US-backed warlords and officials are among those who want them dead.

“If we look at the provinces, the situation is very bad. We can’t just look at the capital city. A lot of women are illiterate; they are beaten by their fathers and brothers, killed or raped. Girls are married young and no one asks them what they want; they must do whatever their families tell them,” Ms Esmat said.

“These are the basic cultural changes we want. Women of Afghanistan should have their rights. Nobody should tell them what they can or cannot do.”

Ms Esmat, 28, has been in Rawa since 1996. She joined because it was against what she calls the “backward thinking” that had become dominant in Afghanistan when the mujahideen seized control of the government and sparked a civil war.

During the Taliban’s rule, Ms Esmat risked her life teaching underground literacy courses in Kabul. Other members secretly took photographs and shot video as women were flogged and executed in an effort to show the world the reality of their homeland.

Like many Afghans, its activists are torn between opposing the occupation and the concern that if the foreign troops were to leave rival militias would again do battle with each other.

“In the first years when ISAF and US forces came, the people were hopeful that they would keep security. But as the days and years pass they see with their own eyes they are not safe in Afghanistan,” Ms Esmat said.

“Bombs go off wherever the soldiers are and civilians are killed with them. In the provinces, they are the ones dropping bombs. They say there are Taliban in those places but they kill innocent people.”

Despite doing extensive social work, RAWA describes itself as a political organisation, not a non-governmental organisation. It frequently issues statements criticising all sides in the conflict and sends representatives on international speaking tours.

Another member, Sonya Ahmad, has been fighting for women’s rights since she was a child. “Rawa is in my blood,” she said, using a false name.

The 20-year-old was effectively born into the group after her mother joined while living in Pakistan.

Ms Ahmad started out by singing revolutionary anthems at meetings and holding protest banners during demonstrations. She returned to Afghanistan with her family in 2003, a period she remembers fondly because “there was freedom”.

“I don’t feel safe now. When I step out of the home I just pray that I should come back safely because we don’t have any hope,” she said.

“There are so many suicide bombings and kidnappings. Everything is possible in Afghanistan. The people who have power, guns and weapons can do anything.”

← Talking the politics of peace with Americans
Afghanistan: Why we fight . . . →