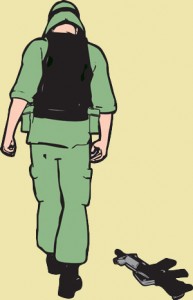 July 2 is a nation-wide Day of Action to phone, fax and email Citizenship and Immigration Minister Diane Finley’s office to demand that she rescind the order to deport US War Resister Corey Glass. Insist that she allow Corey to stay in Canada rather than be returned to the US to face charges of desertion for refusing to fight in an illegal, immoral war in Iraq.

Here are the numbers to call:

On July 3, from 4:00 to 6:00 p.m., come to the constituency office of Conservative MP Rod Bruinooge (with placards, banners, etc.) and demand the Harper government respect the will of Parliament and allow War Resisters to stay in Canada.

Unit 27, 2855 Pembina Hwy at Kirkbridge, not far from the University of Manitoba. You can get there from downtown by taking the #62 bus.

This date marks the one month anniversary of the historic vote in the House of Commons authorizing the government immediately implement a program to allow US war resisters to stay in Canada.

Anyone wishing to help assemble placards for this event should come to the University of Winnipeg on Monday, June 30 starting at 5:00 p.m. Placards will be assembled in the Bulman Centre Mezzanine (in the Spence St. entrance and down one floor.)

Please visit the resisters.ca website for more background on this issue and late-breaking developments.