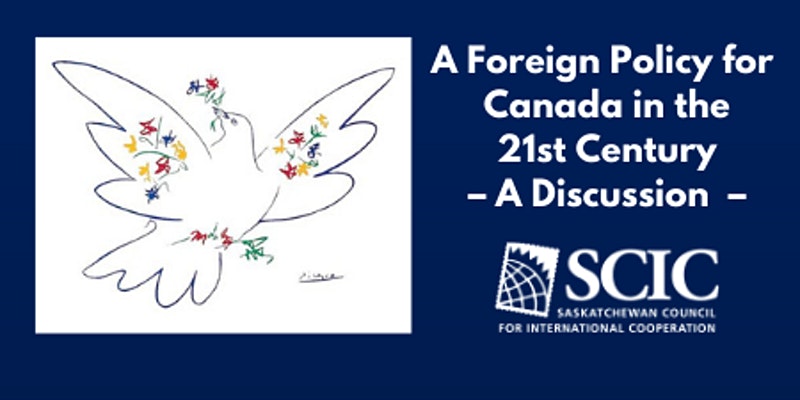 Join us for a conversation about Canadian foreign policy and the possibilities for peace and global justice.

This event will feature national experts in a lively and timely conversation about Canadian foreign policy and the possibilities for peace, past, present and future. As the pandemic continues to illuminate global disparities, this is a chance to re-imagine a future with equality, diversity, inclusion, peace and justice the world over.

Tamara Lorincz is a PhD candidate in Global Governance at the Balsillie School for International Affairs (Wilfrid Laurier University). She is on the Board of Directors of the Global Network Against Weapons and Nuclear Power in Space and on the international advisory committee of the No to NATO Network. She is a member of the Canadian Voice of Women for Peace and the Women’s International League for Peace and Freedom. Tamara helped found the No Fighter Jets Coalition.

Dave Gehl is a retired federal civil servant and a retired manager for Agriculture Canada. A lifelong peace and justice activist, he is active with the Regina Peace Council and writes for its publication Saskatchewan Peace News. He is also active with many community service boards in Indian Head where he lives.

Ed Lehman is a retired Northern and International educator, a former member of Hamlet Council in Kugaaruk, Nunavut and former member of Council of Cupar, Saskatchewan. Ed is a lifelong peace and justice activist – he is the President of the Regina Peace Council, he is on the board of the Canadian Peace Congress, and is a member of PeaceQuest Regina. Ed Lehman serves on the steering committee of the No Fighter Jets Coalition, and the Campaign to Free Meng Wanzhou. He is also a member of the Canadian Boycott, Divestment, and Sanctions Coalition and supports the work of the Canada-Wide Network for Peace and Justice and represents the Regina Peace Council in its Prairie Peace Partnership with Peace Alliance Winnipeg. He is also the editor of Saskatchewan Peace News. His areas of interest include international cooperation, world disarmament, economic conversion from military spending, green energy and green jobs, municipal governance, and social justice.

Florence Stratton is a community peace and justice activist. She lives in Regina, on Treaty 4 territory, the original lands of the Nehiyawak, Anishanaabe, Dakota, Lakota, and Nakota and the homelands of the Métis Nation

Chris Black is an international criminal lawyer and writer, and has defended accused in war crimes cases in Europe and Africa. A long-time activist since his student days and has been a member of the Toronto Unemployed Workers’ Council, the Black Action Defense Committee, and other action groups in Toronto He is a member of the Ontario and International Criminal Court bars and the National Lawyers Guild in the USA.