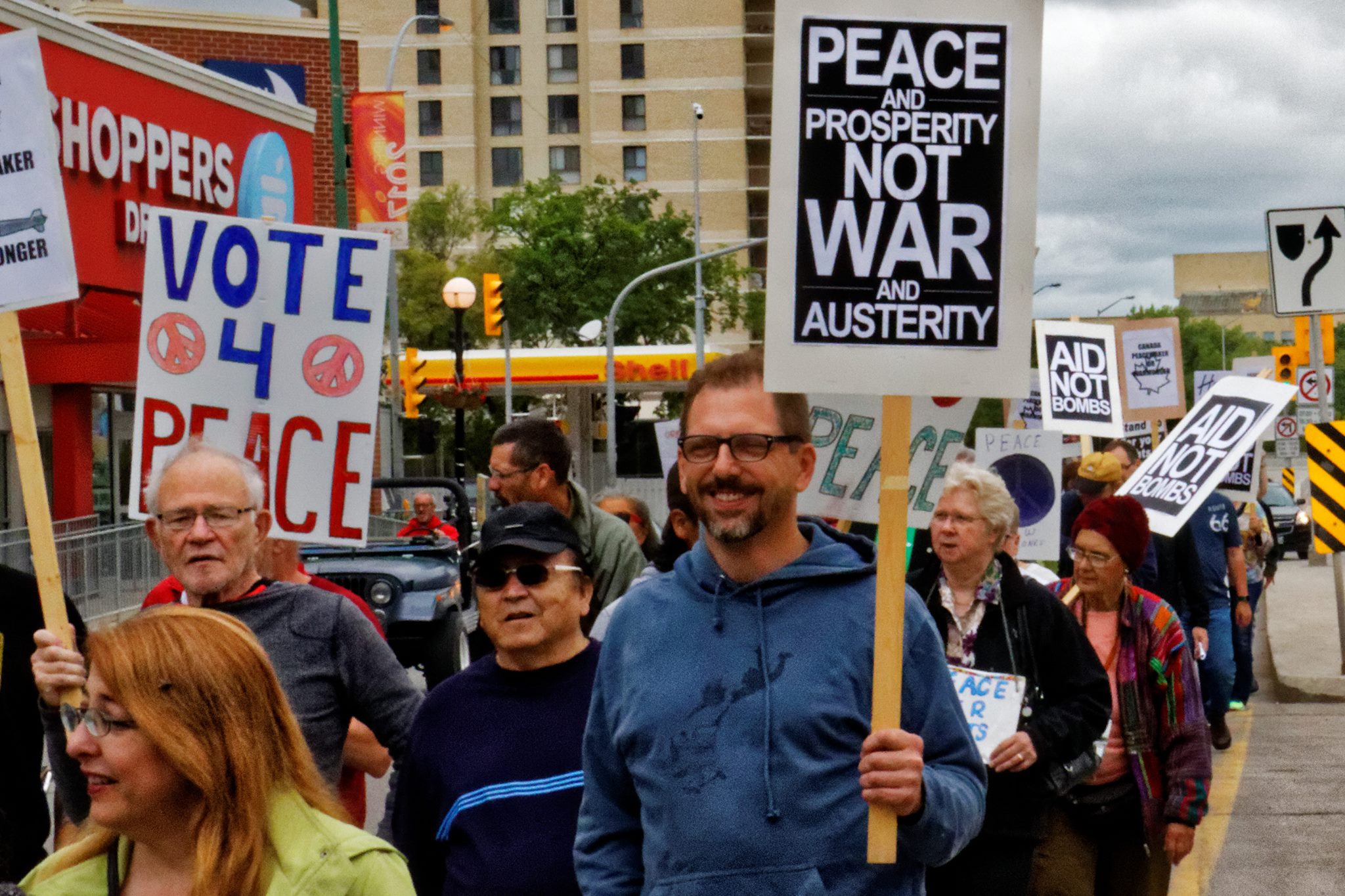 Please join us for the 37th Annual Winnipeg Walk for Peace. We assemble at noon on the west side of the Legislative Building. The walk begins at 12:30 pm. 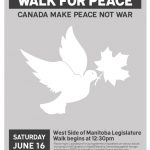 Here is the route. Help us promote the Walk.

Watch this space for more details.

Background: Winnipeggers have held an annual Walk for Peace since 1981. The purpose then was to draw attention to threat of nuclear war and to urge our political leaders to pursue peaceful options and to support nuclear disarmament. In many ways the world situation is more dangerous than it was in 1981 and our need to remind our politicians of their responsibilities remains.

Canadians overwhelmingly support peace and disarmament. Polling conducted by Environics in 2008 indicated that almost 90 percent of Canadians support the abolition of nuclear weapons. Research reported by Environics in 2018 shows that Canadian opposition to nuclear weapons remains high. Despite this, the federal government has refused to support the UN Treaty on the Prohibition of Nuclear Weapons, approved by 122 countries at the United Nations on July 7, 2017.

Equally disturbing has been Canada’s increasingly belligerent relationship with Russia, participation in Middle Eastern wars, and sales of arms to notorious human rights violators, such as Saudi Arabia.

For these and many other reasons, the Walk for Peace remains relevant and we hope you can help make it a success.