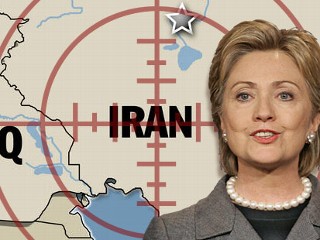 Humanity is at a dangerous crossroads. War preparations to attack Iran are in “an advanced state of readiness”. Hi tech weapons systems including nuclear warheads are fully deployed.

This military adventure has been on the Pentagon’s drawing board since the mid-1990s. First Iraq, then Iran according to a declassified 1995 US Central Command document.

Escalation is part of the military agenda. While Iran, is the next target together with Syria and Lebanon, this strategic military deployment also threatens North Korea, China and Russia.

Towards a World War III Scenario? The Role of Israel in Triggering an Attack on Iran
Part II The Military Road Map

The stockpiling and deployment of advanced weapons systems directed against Iran started in the immediate wake of the 2003 bombing and invasion of Iraq. From the outset, these war plans were led by the US, in liaison with NATO and Israel.

Following the 2003 invasion of Iraq, the Bush administration identified Iran and Syria as the next stage of “the road map to war”. US military sources intimated that an aerial attack on Iran could involve a large scale deployment comparable to the US “shock and awe” bombing raids on Iraq in March 2003:

“American air strikes on Iran would vastly exceed the scope of the 1981 Israeli attack on the Osiraq nuclear center in Iraq, and would more resemble the opening days of the 2003 air campaign against Iraq.