Are Turkey, Germany, Belgium, The Netherlands and Italy Nuclear Powers? 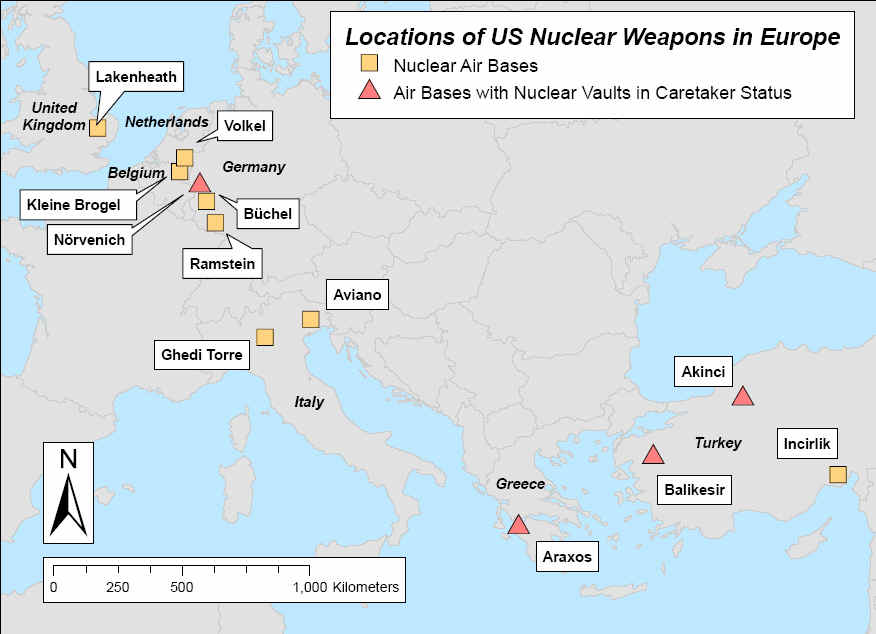 According to a recent report, former NATO Secretary-General George Robertson confirmed that Turkey possesses 40-90 “Made in America” nuclear weapons at the Incirlik military base.

Does this mean that Turkey is a nuclear power?

“Far from making Europe safer, and far from producing a less nuclear dependent Europe, [the policy] may well end up bringing more nuclear weapons into the European continent, and frustrating some of the attempts that are being made to get multilateral nuclear disarmament,” (Former NATO Secretary-General George Robertson quoted in Global Security, February 10, 2010)

“‘Is Italy capable of delivering a thermonuclear strike?…

Could the Belgians and the Dutch drop hydrogen bombs on enemy targets?…

Germany’s air force couldn’t possibly be training to deliver bombs 13 times more powerful than the one that destroyed Hiroshima, could it?…

Nuclear bombs are stored on air-force bases in Italy, Belgium, Germany and the Netherlands — and planes from each of those countries are capable of delivering them.” (“What to Do About Europe’s Secret Nukes.” Time Magazine, December 2, 2009)