Should George W. Bush Be Arrested in Calgary Alberta To Be Tried For International Crimes? 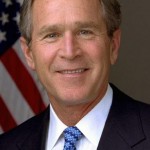 Serious allegations of criminality are swirling around ex-US President George W. Bush and current Sudanese President Omar al-Bashir. In late February of 2009 it was reported that the Hague-based International Criminal Court was preparing to issue a warrant for al-Bashir alleging his culpability for genocide, war crimes, and crimes against humanity. As the documents were being prepared against Sudan’s head of state, ex-President Bush was preparing to initiate a series of high-paying speaking engagements beginning in Calgary Alberta on March 17. Bush’s visit to Alberta’s oil capital tests the consistency and authenticity of the Canadian government’s “unequivocal” position that “Canada is not and will not become a safe haven for persons involved in war crimes, crimes against humanity or other reprehensible acts.” 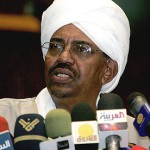 The contrast between the treatment afforded Bush and al-Bashir was inadvertently highlighted by Geoffrey York, a colleague with whom I conferred frequently when we were both reporting regularly in The Globe and Mail about two decades ago on the surprising twists that repeatedly made Aboriginal Affairs in Manitoba a major source of national news. York introduced his story on the charges against al-Bashir by writing, “For the first time in history, an international criminal court is set to issue an arrest warrant for the leader of a country, accusing him of orchestrating a campaign of murder, torture and rape.” The reporter anticipated that the ICC’s initiative “will be hailed by many as a sign that nobody is above the law.”

The striking contrast between the treatment of al-Bashir and Bush serves to clarify the division of the world’s criminals and suspected criminals into two major categories, one inhabited by a small elite that is essentially above the law and the other populated by figures not rich or influential enough to gain exemptions from the law’s coercive force. It is not without a sense of irony that I arrive at this conclusion. On the one hand the ICC’s decision to press charges against al-Bashir, as well as to initiate in January of 2009 a full-fledged trial against Congolese warlord Thomas Lubanga Dyilo, signals a major transformation in the career of the ICC. It indicates that the court is no longer a mere vehicle for the empty expression of lofty idealism but rather a site of real engagement aimed at subjugating the rule of murder, mayhem and intimidation to the higher authority of law.

On the other hand by pointing its initial surge of juridical activism at the local criminality of individuals in those afflicted regions of Africa where resource cartels and their client regimes often dominate, the ICC has called attention to the West’s hypocrisy in shielding its own war lords and war profiteers in the military-industrial complex from any legal accountability for the violent acts its operatives, many of them in the so-called private sector, regularly plan, instigate, finance, arm, facilitate, commit and exploit. Indeed, the double standard promoted by the ICC in the choice of its targets for prosecution replicates in the international arena much of the duplicity of the criminal justice system in the United States.

This paper was presented at the annual distinguished lecture sponsored by the Sociology Department of the University of Winnipeg, March 6, 2009. Professor Hall will be speaking at the Peace Alliance Winnipeg forum “Defending Human Rights in a post-9/11 World” on Saturday, March 7, 2009 at Bulman Centre, University of Winnipeg, which begins at 1:30 p.m.